(This post is courtesy of my former boss Steve (hi Steve!) who sent me a thumb drive a few months ago with some photos on it from a trip I took to South Dakota in 2007.) 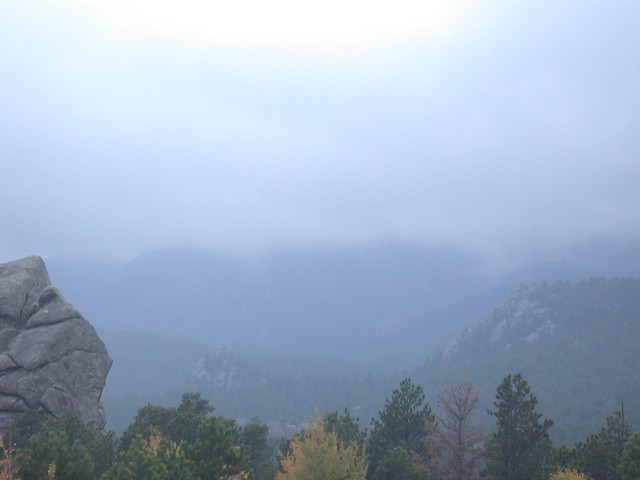 If there is one thing I miss a lot about my previous job in Florida, it is the access to travel that I had while there. Several times a year I had the opportunity to attend conferences or trainings in various places throughout the country. I enjoy traveling alone, though sometimes I traveled with co-workers or with Steve. When I was alone I would often spend time wandering around whatever town I was visiting, sometimes geocaching or later just out taking photos and to see the sights. I will probably have to write up some other trips eventually, though I did write about some of them on my Really Old Archives that I’ve unlinked from here. 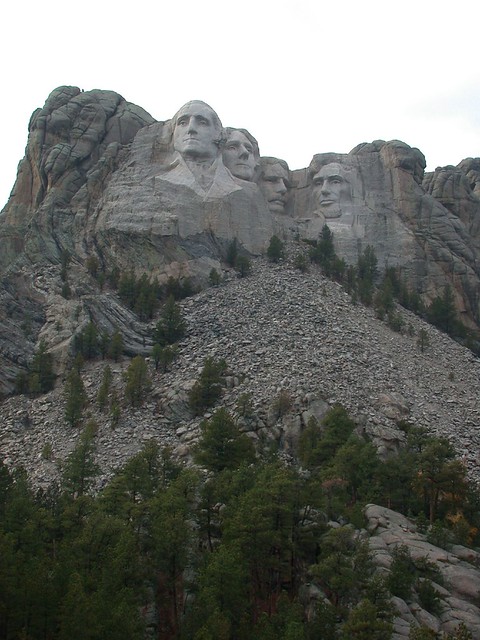 This particular trip was for an Underground Storage Tank training. I’m sure some of you are saying, Underground Storage, what???? Part of my job, which was for a tribe in south Florida, was to inspect and verify that all of the USTs at the two tribal gas stations were in functioning order and not spilling fuel into the Everglades. And if you’ve ever read any of the Code of Federal Regulations, you know that it can be gibberish at times. And I really needed to understand the CFRs that pertained to underground storage tanks! Hence, the training! Later I took a second class and then a test and became a tribal inspector for my EPA region! 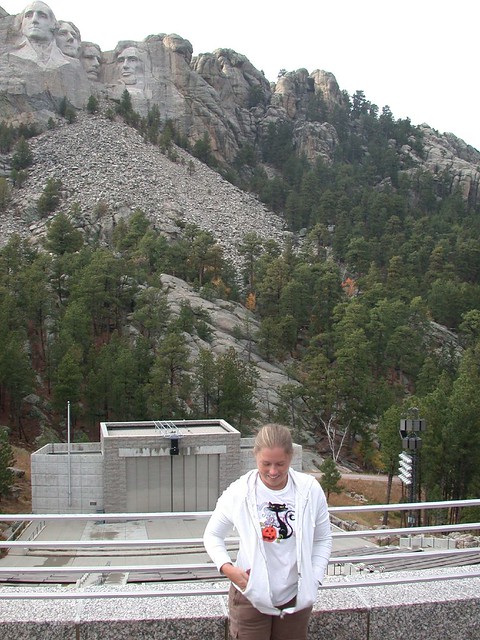 I flew into Rapid City, South Dakota and it was sometime in early afternoon when I arrived. Unfortunately when I got to the luggage carousel I found that my suitcase didn’t make it to my connection in Denver. After some dealings with the airline, I finally made it to my rental car and checked into my hotel, where my suitcase would be delivered to later. It was a bit brisk and I had a light jacket in my luggage but without luggage I knew I would be too chilly so I detoured to Walmart to secure something to keep the northern autumn breeze off my southern skin.

And then I beelined it for Mount Rushmore. 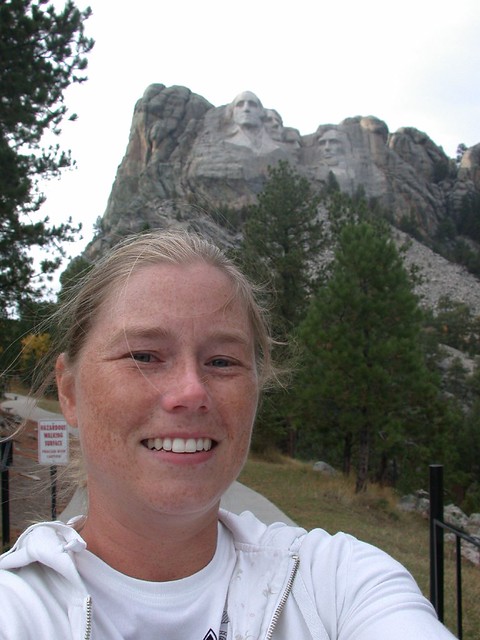 Ah, look how young! I was 27. To be 27 again! My forehead wrinkle wasn’t nearly as creased as it is now. 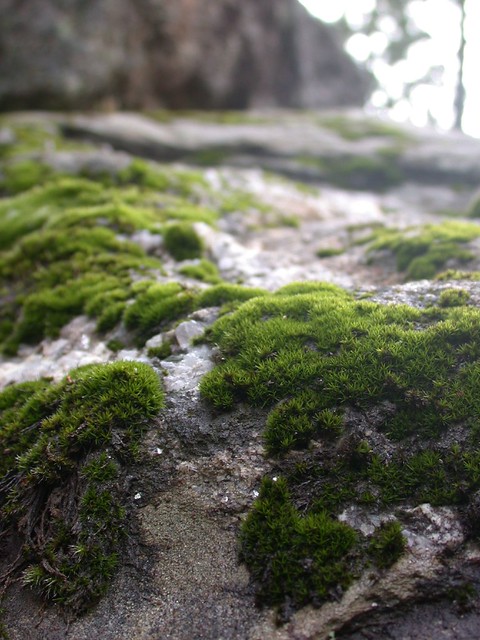 Being as it was not peak season, Mount Rushmore was not busy at all. There were a few other tourists milling about but otherwise, it was rather quiet and easy to move about without crowds. I get a kick out of that that much like today, I was looking for the small scenes and places where the light was settling just right. 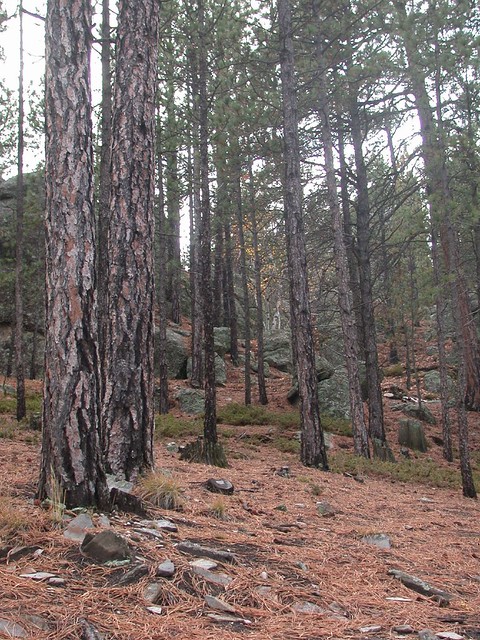 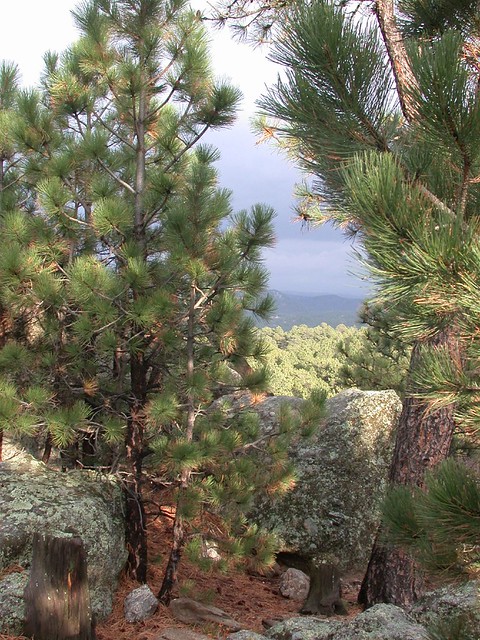 Mount Rushmore is great, but have you seen the South Dakota mountain views?? 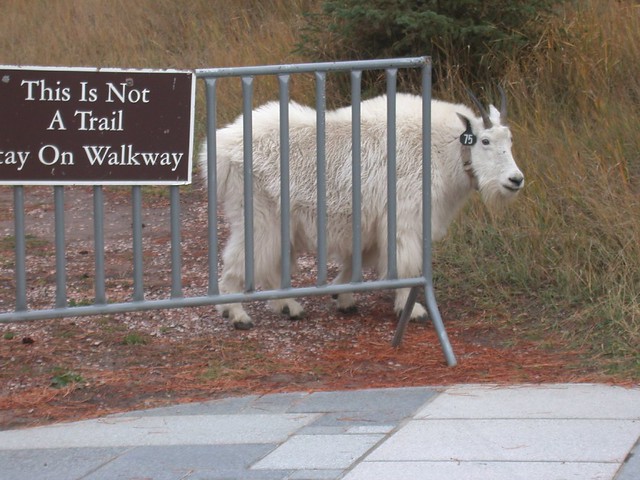 I remember taking this photo specifically because the mountain goat was behind the sign marking it as not a trail and it felt like an act of defiance from the goat! 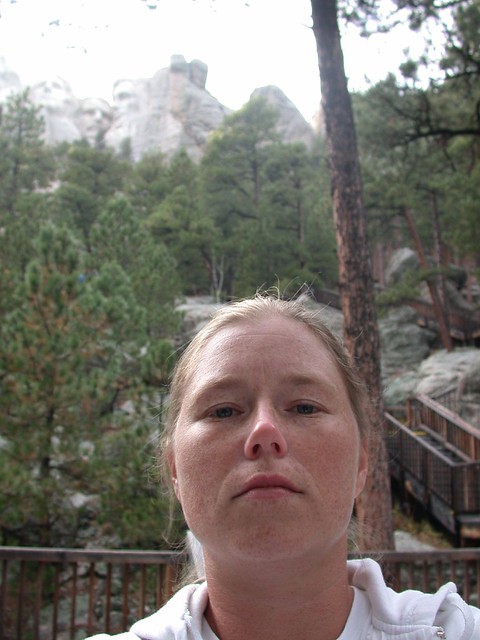 I don’t know what to say about this other than I’m very much channeling my dad who was taking selfies before they were called selfies. 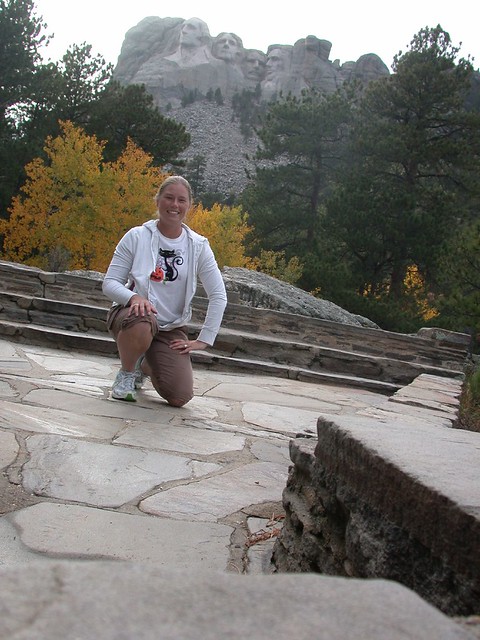 And more continued attempts at selfies with the timer on the camera. The perils of traveling alone! 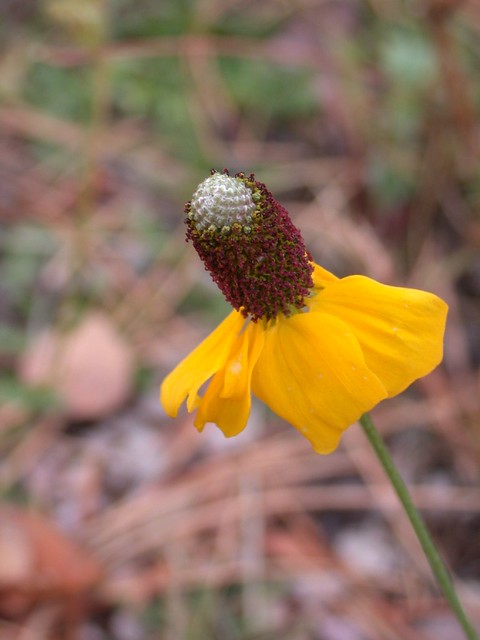 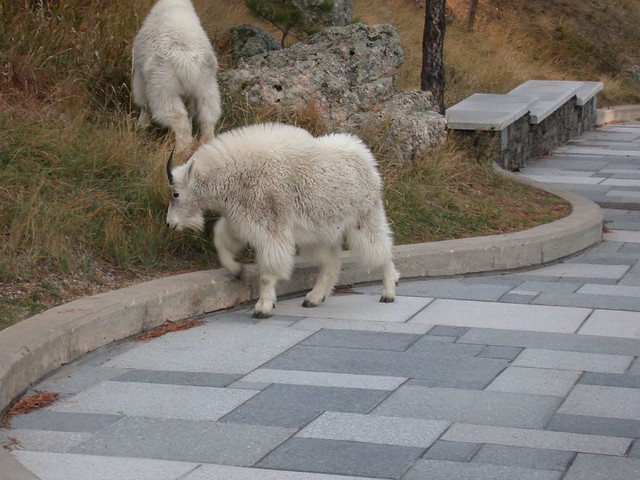 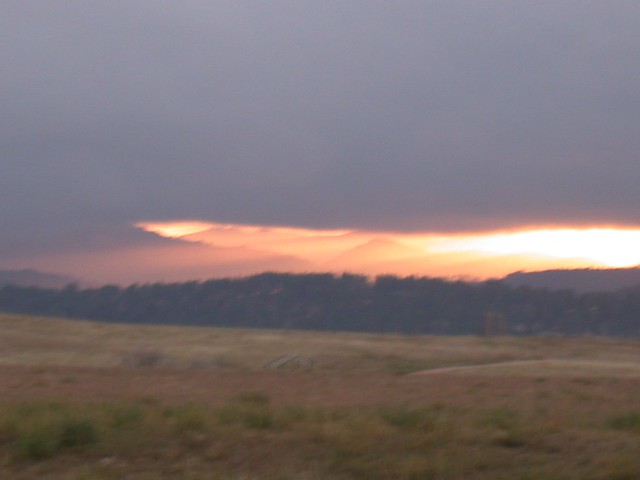 I remember stopping on my way back to Rapid City (or honestly, I could have been driving and taking a photo based on the blurriness of this) and just being enamored with the sunset and light and pinching myself over the views.

I didn’t do much the next few days because I actually came down with a stomach bug on the second day. I was going to class during the day and spent at least one night in because I didn’t feel well. I remember roaming around downtown Rapid City with a few of the other folks who had come to take the class, all tribal employees from across the country, and enjoying a quiet and quaint downtown. A couple of mornings I would also drive over to the Starbucks in one of the grocery stores to get a coffee. Do you remember when Starbucks would have those little iTunes cards to get a free song to download once a month or so? I didn’t really use iTunes much at that point but this is where I learned about Alison Sudol’s A Fine Frenzy band because her song You Picked Me was on the card that month at Starbucks. I downloaded it and then fell in love with the rest of her music on the album and ended up buying the album One Cell in the Sea. To be honest, I could have bought it at that Walmart, I don’t recall, but the album became a staple for years on my autumn rotation. I still dig it out when the light changes and there’s a crispness to the air. 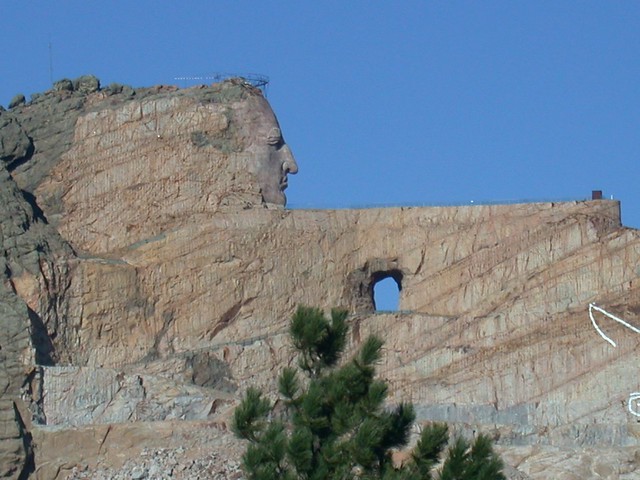 On our final day in class we took a field trip to both Mount Rushmore and to the Crazy Horse Memorial not too far from Mount Rushmore, but probably more important than the presidents carved into the mountain. I won’t try to write a synopsis about him here but will direct you to the memorial website where you can read more. 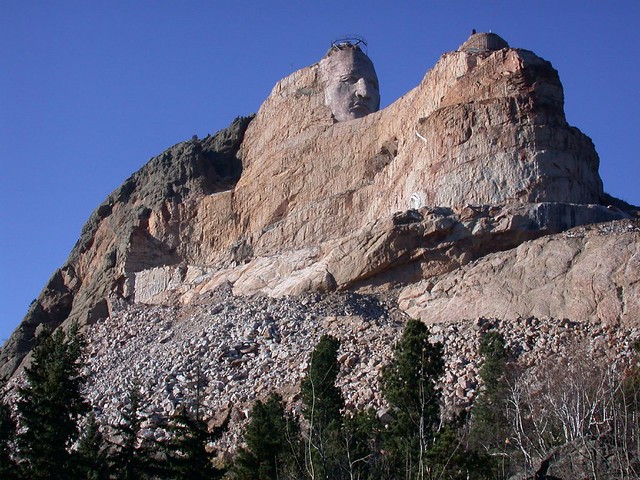 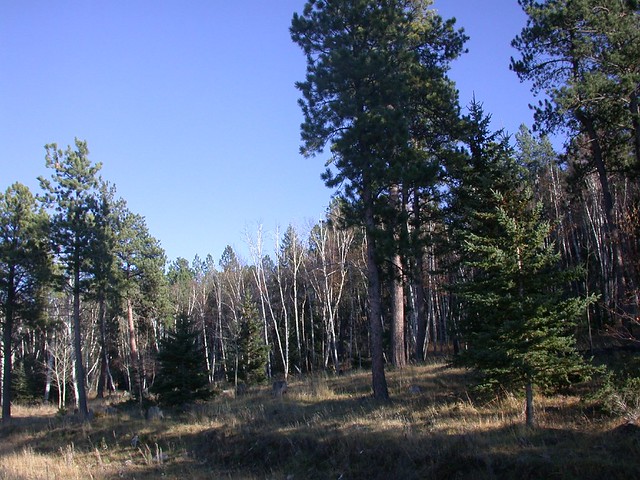 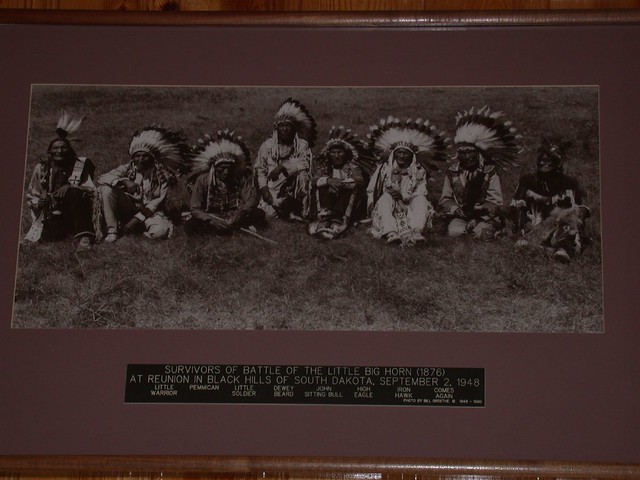 The museum inside was really great and it appears based on the website that it has been developed even further since 2007. 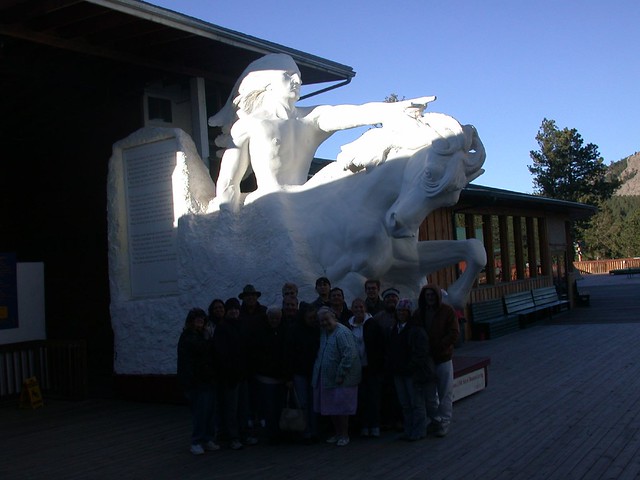 I really should see if I can lighten this photo up in photoshop, but this is a group photo of our class with Ruth Ziolkowski, the wife of Korczak Ziolkowski who began the monument. Korczak died in 1982 but she and her family continued onward with the goal of completing the monument. Sadly, it appears Ruth passed away in 2014. Her family members are keeping with the goal of completing the monument and keeping the museum and everything associated with it going. 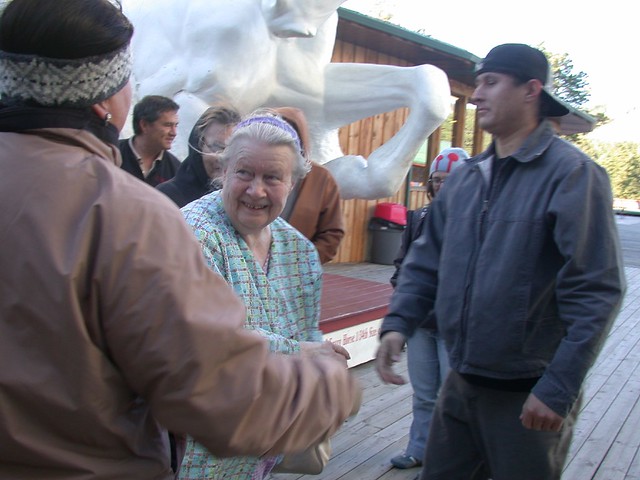 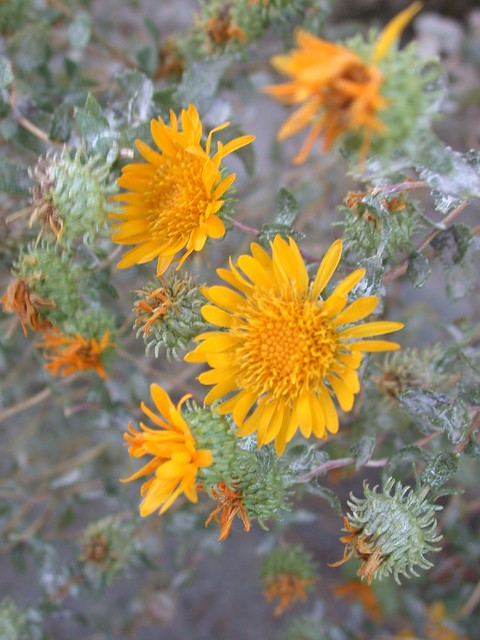 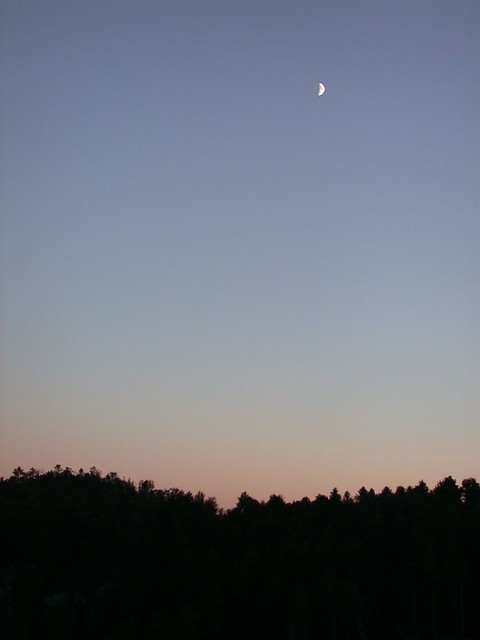 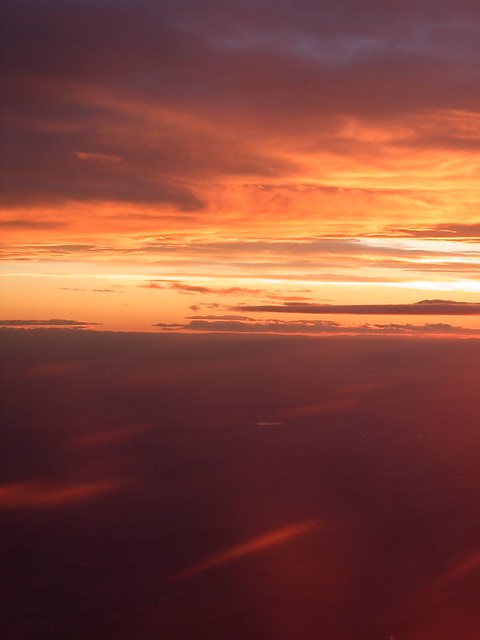 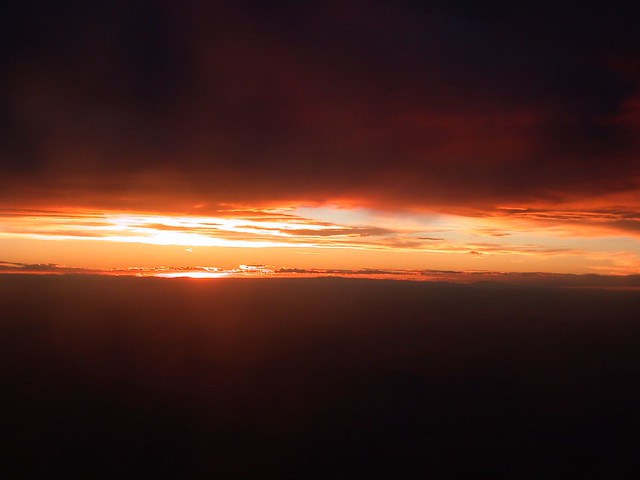 It must have been a late afternoon flight out because I do remember the sunset as I flew south to Denver. I also do recall the airplane being relatively empty and had no one next to me so I spread out. Something that has been unheard of for a long time.

I’m sure I’ve left tidbits out. I did have plans to drive over to Sturgis or the Badlands NP one afternoon after class but because I was sick I didn’t really do much after that, other than the one evening I wandered around downtown. I would love to get back up to South Dakota some day because I know there are some other great places to see in the state.