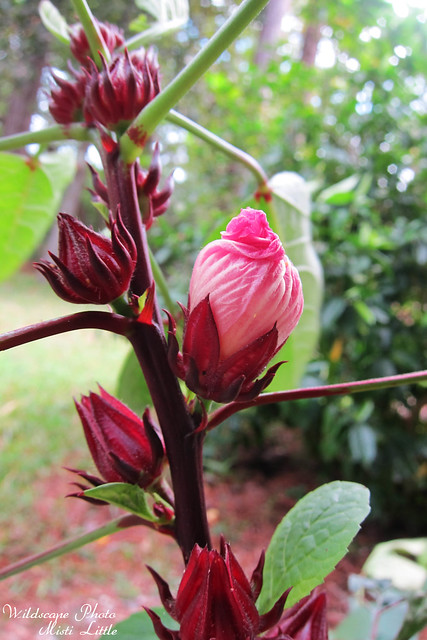 I was thrilled that this year the roselle plants (Hibiscus sabdariffa) grew enthusiastically, almost too much so. Frankly, and I knew it at the time, they were planted too close to a few other plants and ended up shading those plants out. Next year I’m thinking that maybe they deserve to be in the perennial herb beds instead, just to give them more room and sun. 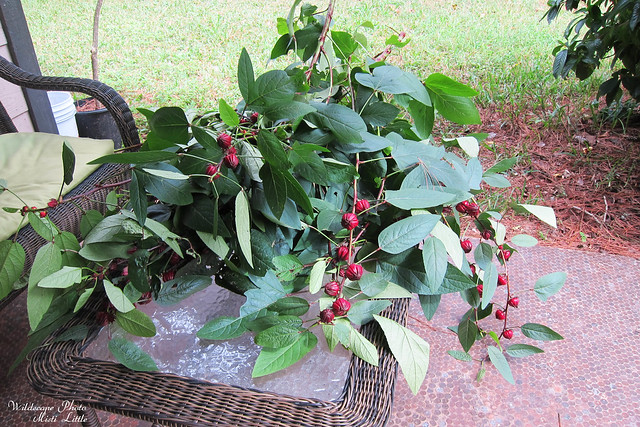 Last weekend I decided to trim back the branches that had fallen over and were heavily shading out our variegated hydrangea. I clipped off most of the calyces, the red pods on the stalks, and they lingered there for several days until I could coordinate with Forest for some time to finish processing them. 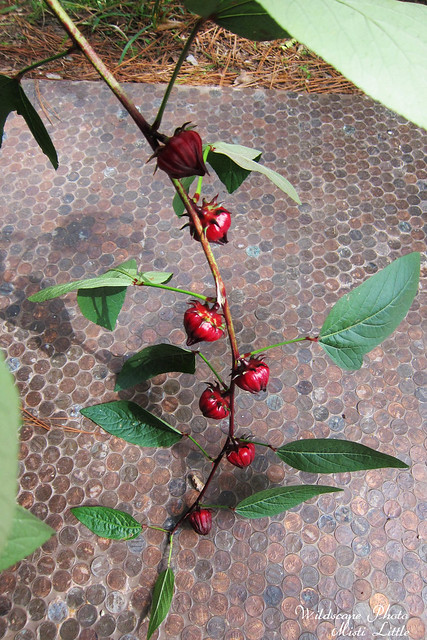 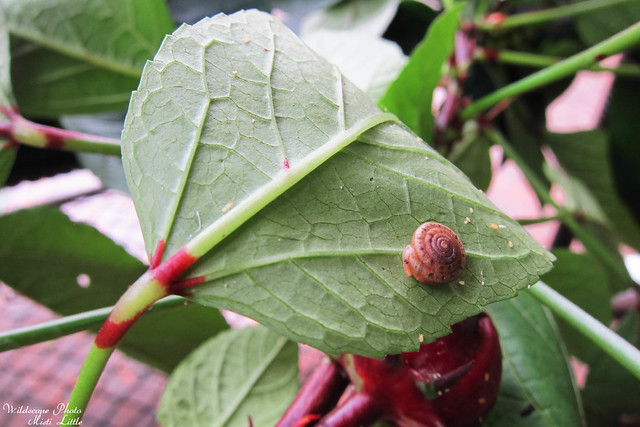 A sweet snail friend I encountered. After I clipped off all of the calyces I chopped up the stems and put them in the compost pile. 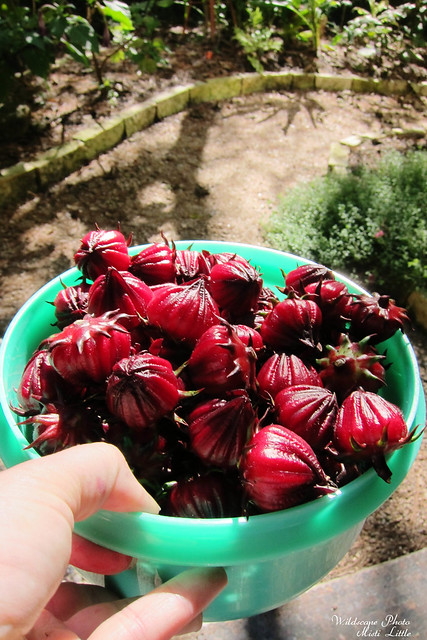 When I got the time I clipped off more calyces from the stalks that were still on the plant, leaving plenty of others to finish ripening in order to produce seed for next year. I’m actually curious if the roselle will come back from the roots this year since it has grown so well. Last year the two small plants I had died over winter but I’m wondering if now there’s an established root system for them to return next season. We’ll see! 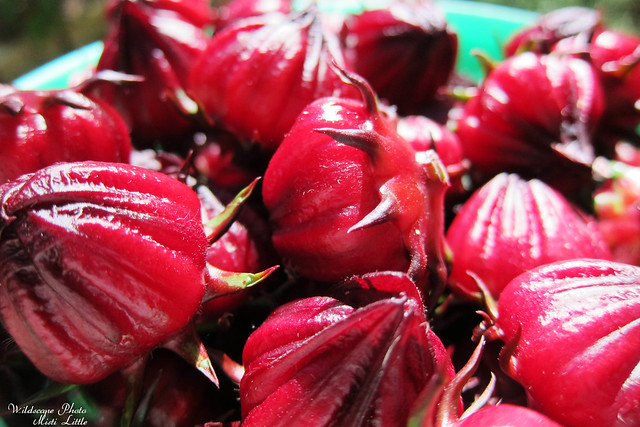 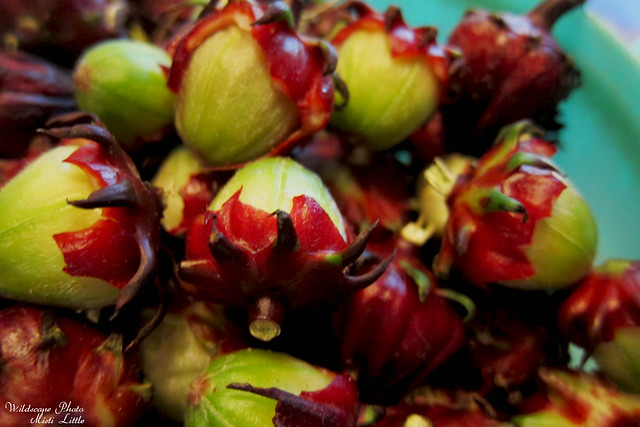 Next I pulled off the red calyces around the rest of the unripened pods and put these green pods into the compost bin. I threw out any pods that were past their peak, browning and decaying, too. 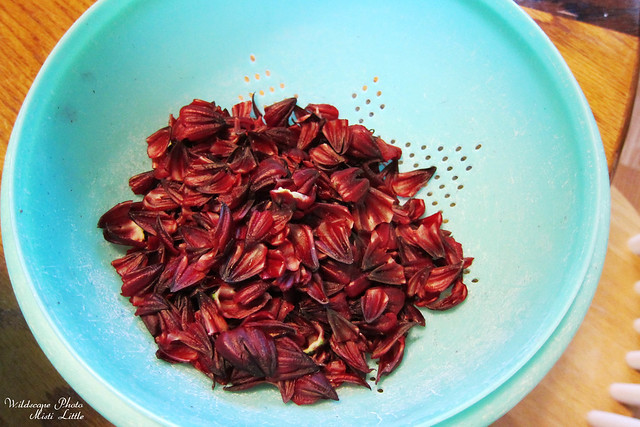 This is what I was left with before putting them in my dehydrator to dry. I put the dehydrator on a low setting, just a bit higher than what is recommended for herbs, and left it on for about 12-14 hours overnight. 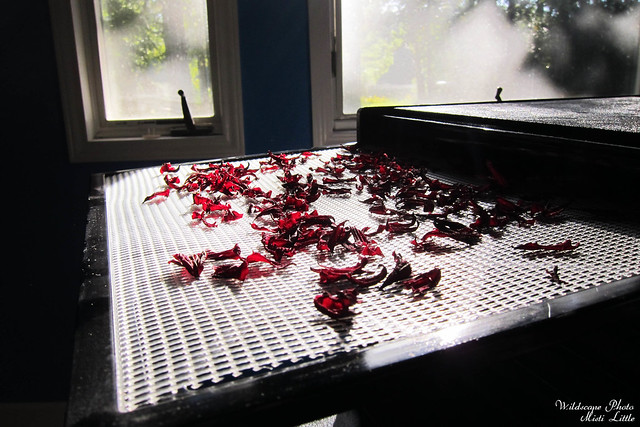 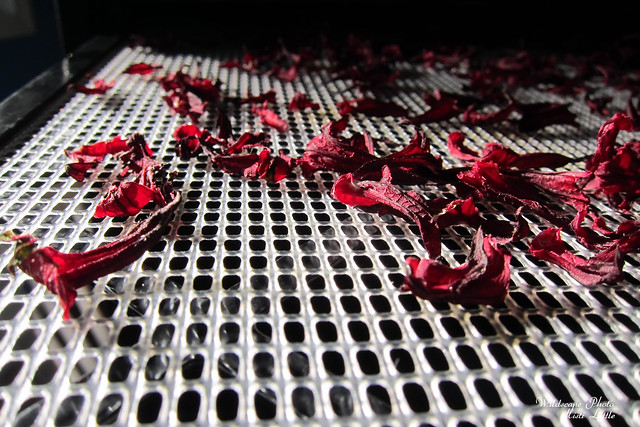 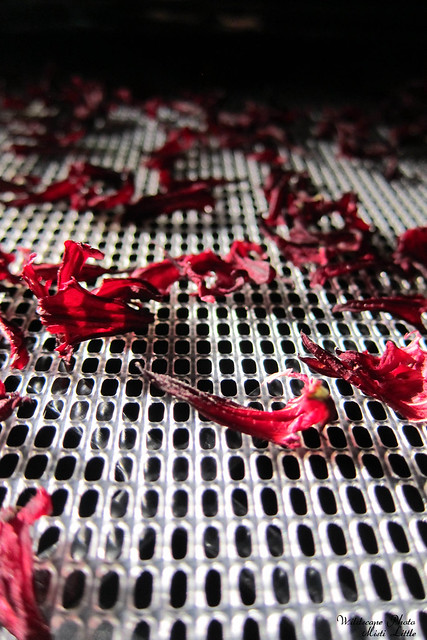 The dried calyces looked pretty much like the hibiscus flowers I’ve bought at the grocery store for making tea. This made me happy! 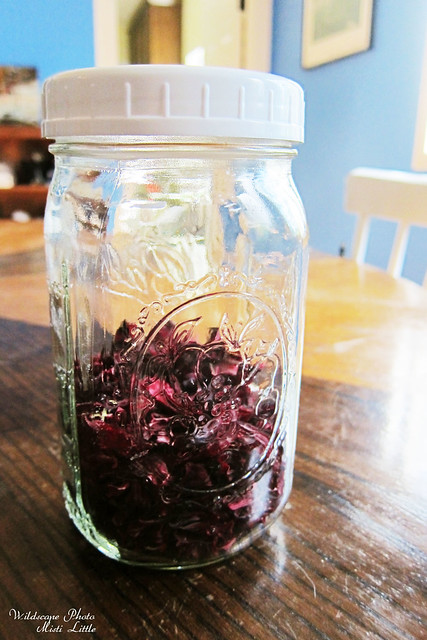 As you see it didn’t make nearly as much as I was thinking it would. It was a great first experiment, though! I haven’t had a chance to make tea out of it yet but will try soon.