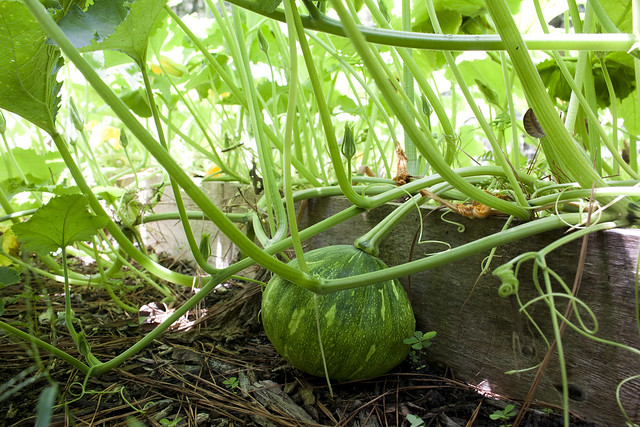 We’re in a phase where I’m ready for the lull in the garden to end a bit, to have more of a haul every few days. Sure, we’re still picking peppers, and a bit of beans and okra here and there, but the abundance of late spring and early summer is gone. A few more weeks and we can think about sowing fall and winter crops. 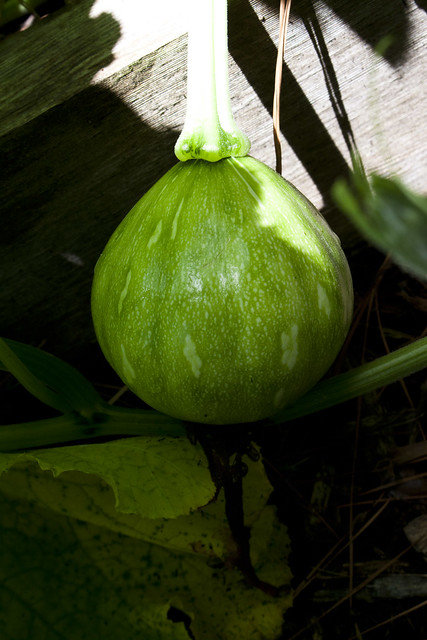 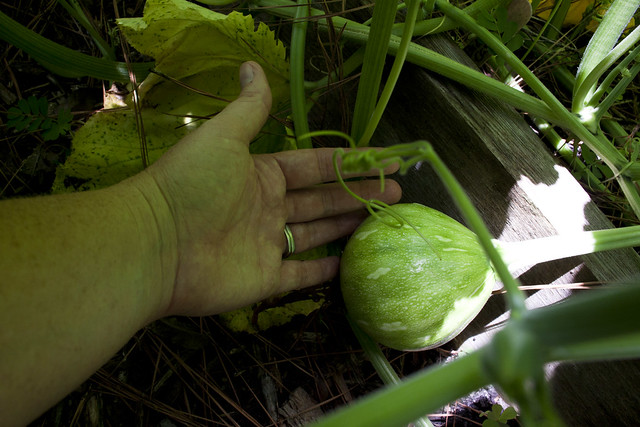 I have been gloriously excited about the Seminole pumpkin bed. Finally, we have fruit! There are at least five small pumpkins out there and one morning as I went out to try to help some pollination along by hand I noticed that the bumblebees were handling it just fine—there were several bumbles in each flower! 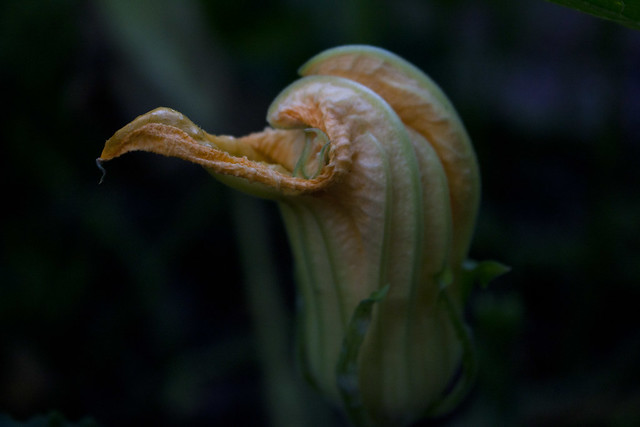 One aspect of having the vine as well as two other squash vines is that we do have an abundance of squash flowers. That means I could actually get around to eating them as I’ve seen many others do. Maybe it is time to look outside the box a bit for our harvests. 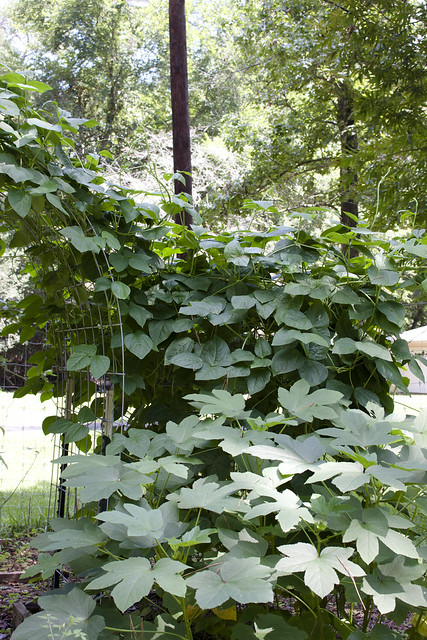 A look at the okra and cowspeas, Big Red Ripper (Mandy). I may have screwed up by planting the cowpeas in the same spot as where the sugar snap peas were located. Being that peas (and cowpeas) are nitrogen fixers I think they have been quite happy to grow but not produce due to that situation of ample nitrogen. This is just my theory—the other is that it is too shady back that direction but I don’t think that’s the case. I did see a flower or two a few days ago and then I thought I saw a pea forming but when I went back out I couldn’t find it. I’m kicking myself a bit but that was an open space at the time and I went with it. 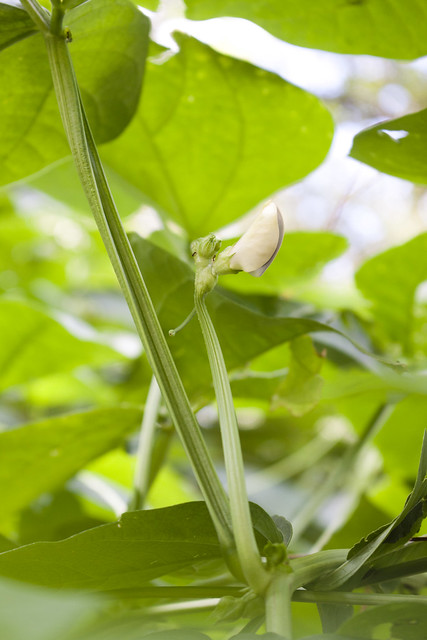 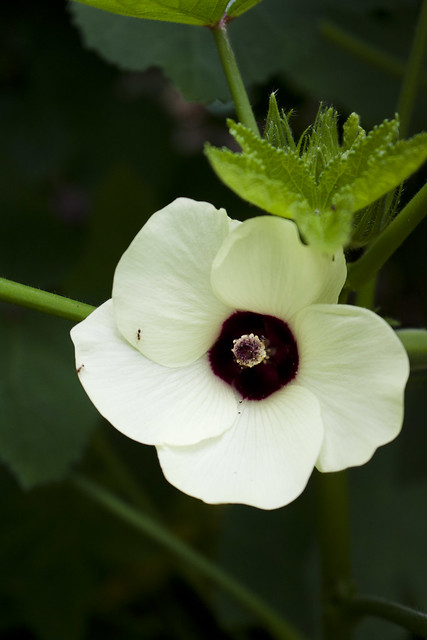 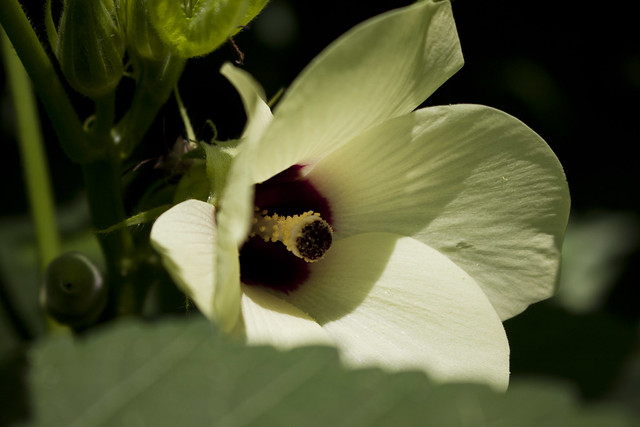 The okra has begun producing well, enough for a few pods every couple of days. I’m eating it raw now and am loving it! In fact it is my new favorite raw edible in the garden—not slimey at all! You do have to watch even more for tougher pods than if you would if you were frying it, though, because woody okra is not delightful to chew raw! 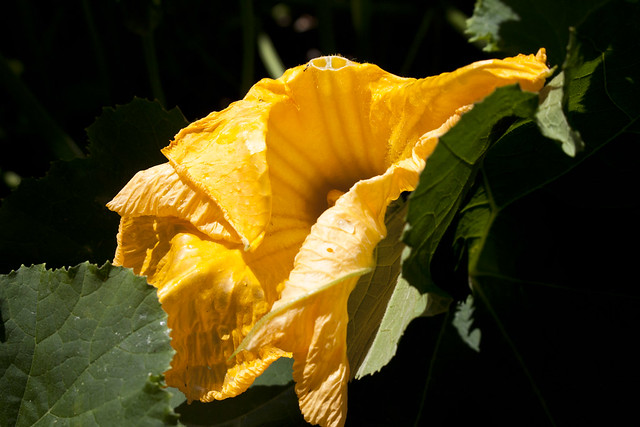 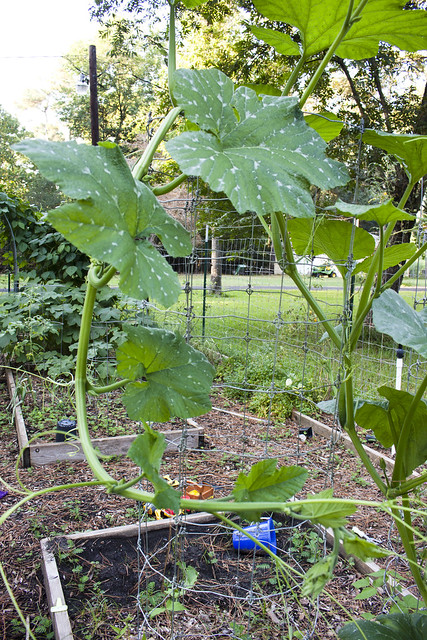 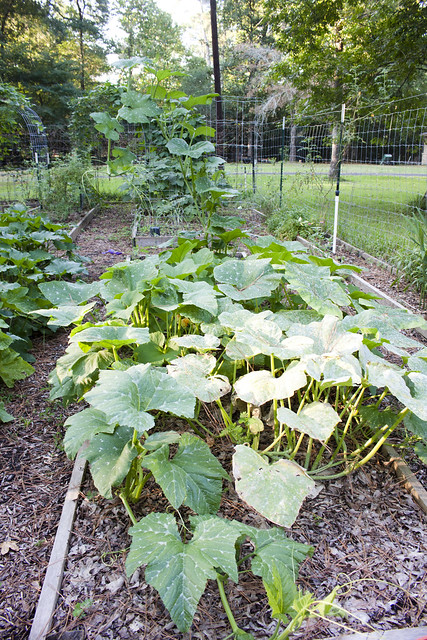 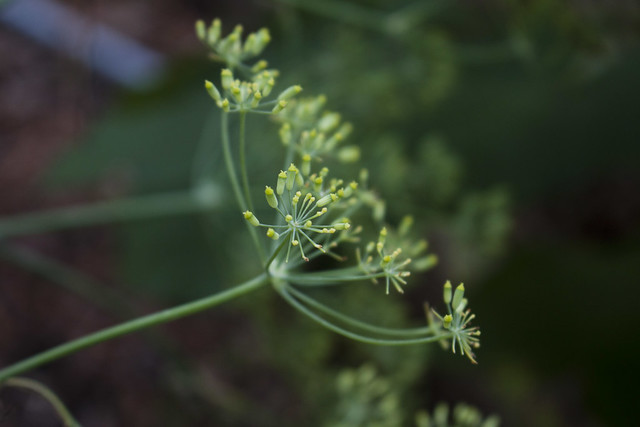 Forest is continuing to love chowing on fennel leaves when he goes out to the garden. I’m sure he will be happy to know dill season is around the corner once again; just need to get more dill seeds! 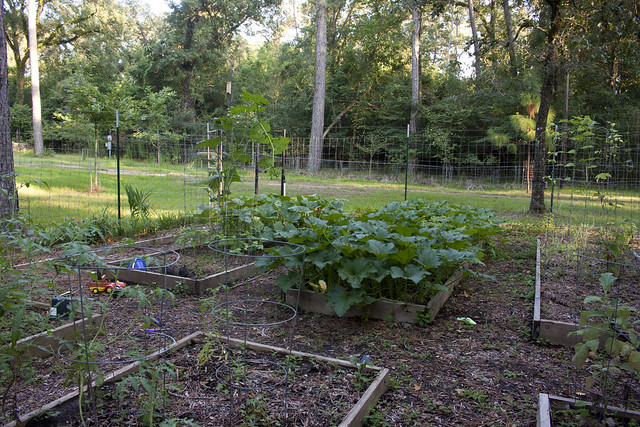 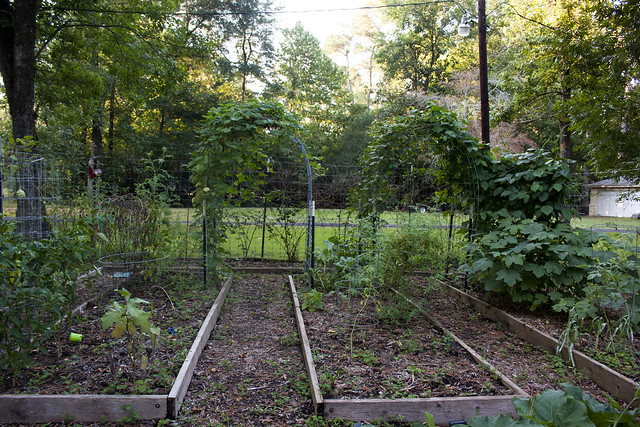 Though I do enjoy the upcoming cool weather more than the humidity of the summer, I will be sad to have evenings outside dwindle down. The very best thing is getting an hour or so outside after dinner and having Forest play in the yard with me, even if it is more him playing and me pulling weeds. He does love to check out earthworms, spiders, and other bugs. At least with the cooler weather there will be camping excursions once again!