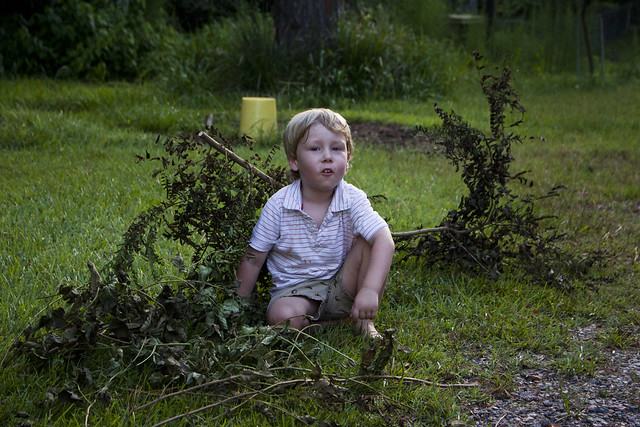 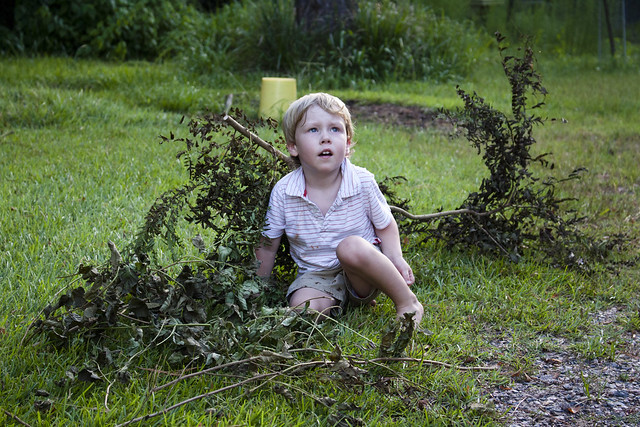 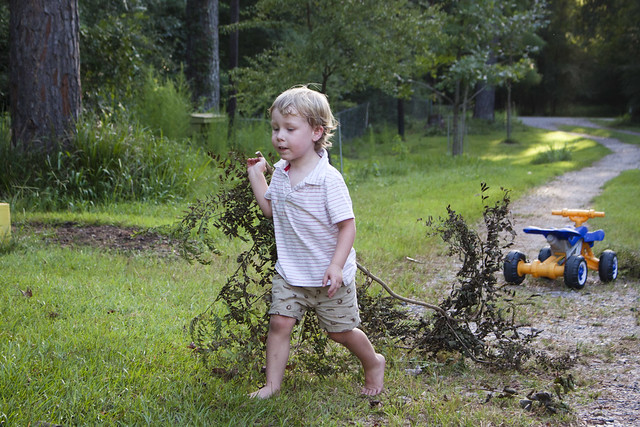 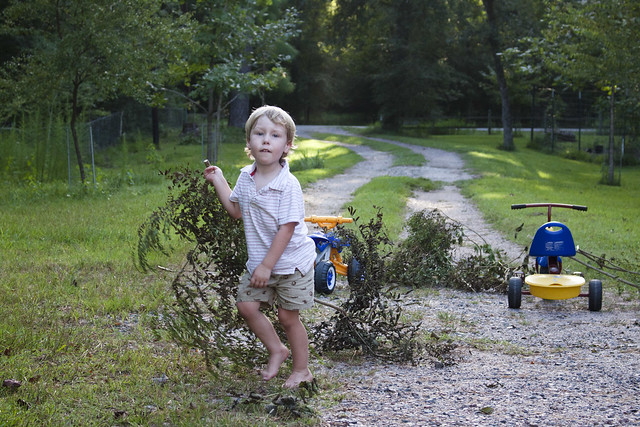 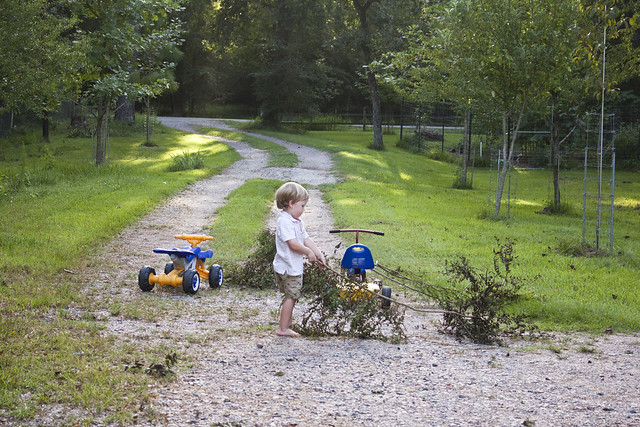 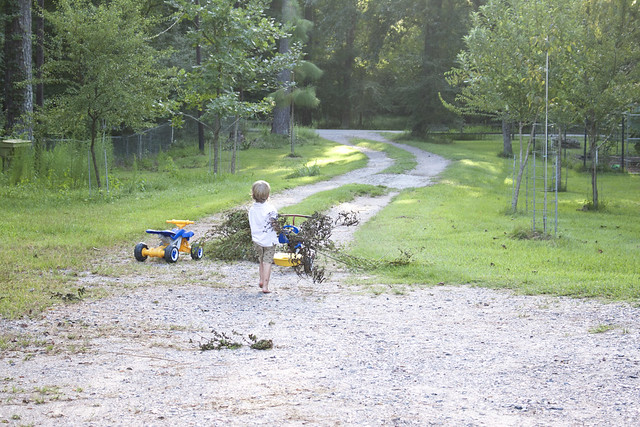 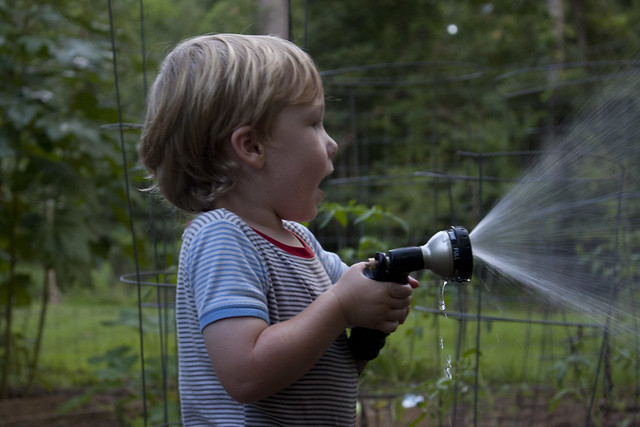 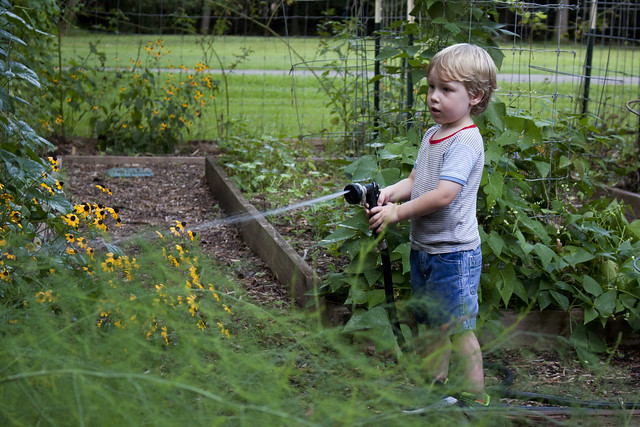 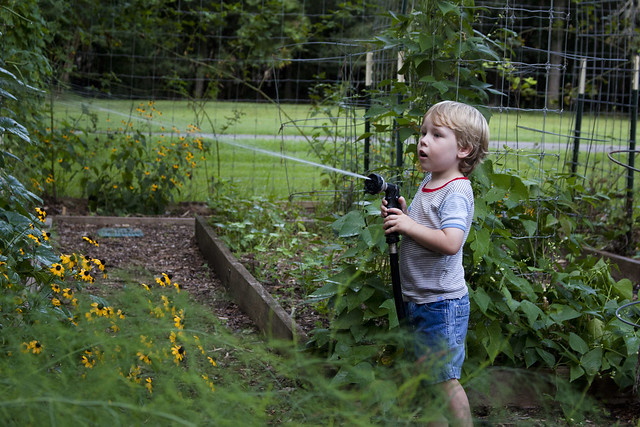 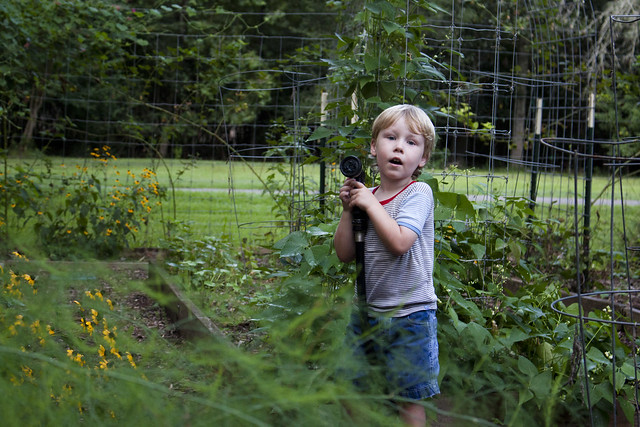 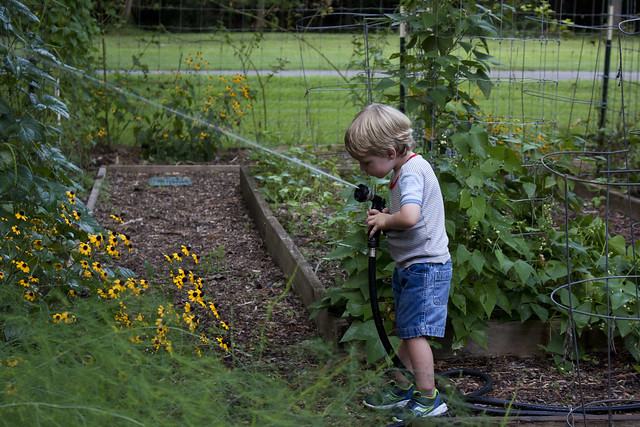 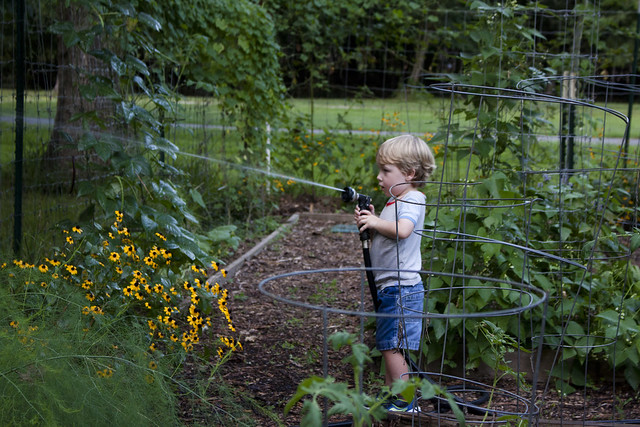 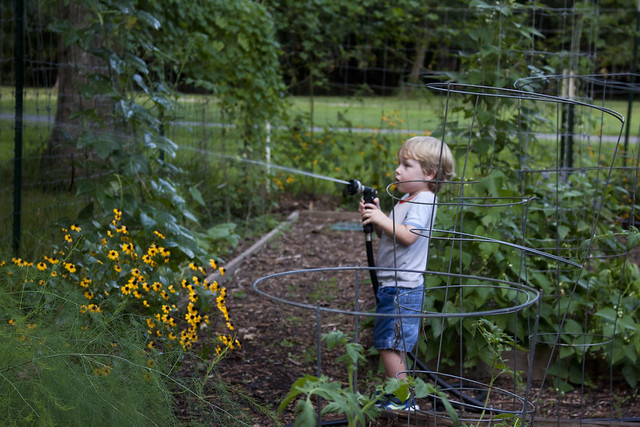 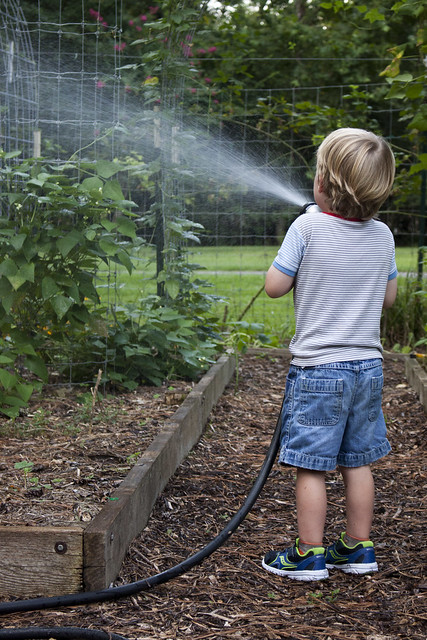 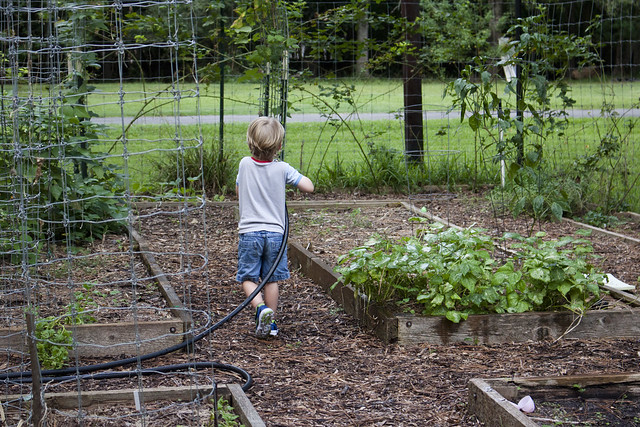 I’m not sure if it is someone at daycare influencing him by complaining about the heat or if it is just a phase, but this summer was a bit like pulling teeth at times to get Forest to play outside for any length of time. Inevitably he would complain that he was sweaty and hot and I had to continually remind him that I was also sweaty and hot but we were playing outside and that’s the way things were going to go. Sure, when it was extremely hot we were hibernating indoors but most of the time were out during the cooler parts of the day. I’m hoping this is just a phase. Most of the time he was more content to just play on the porch which was problematic for me when I needed to work in the edible garden or wanted to wander the yard. There was a lot more close-to-the-house time this summer.

I have a post to write about his 4th birthday but still need to wade through some photos of that. Hopefully this weekend I can tackle those and get something up for the weekend. So far we’re still wading through some Threenager business but 4 is proving to show he’s really got a mind of his own and he’s going to let you know it!