The last in my summer garden series! Thanks for keeping up! I promise to be more prompt in my posting of garden photos from here on out—or well, I’ll try! 😉 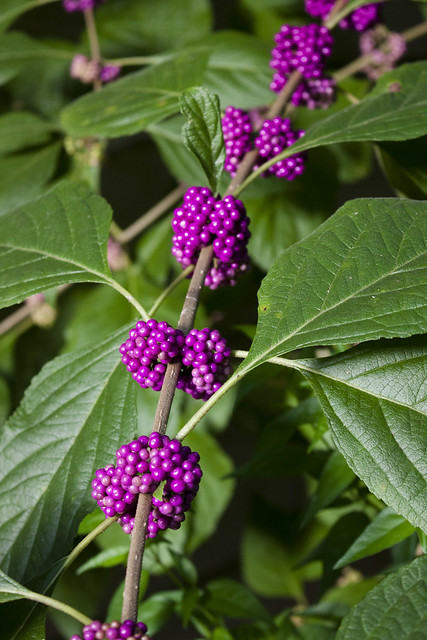 And like that, August brought ripening beautyberries, signaling the approach of fall. 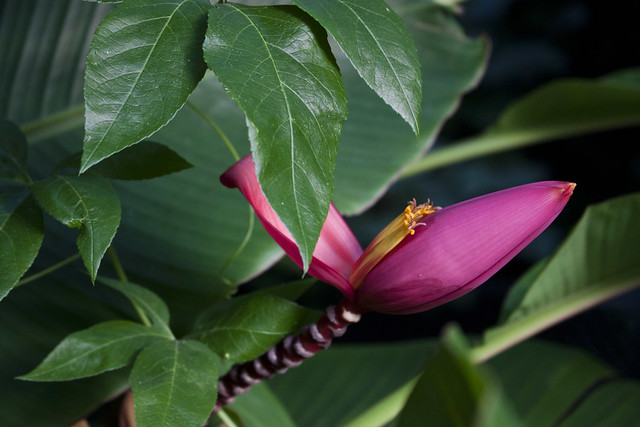 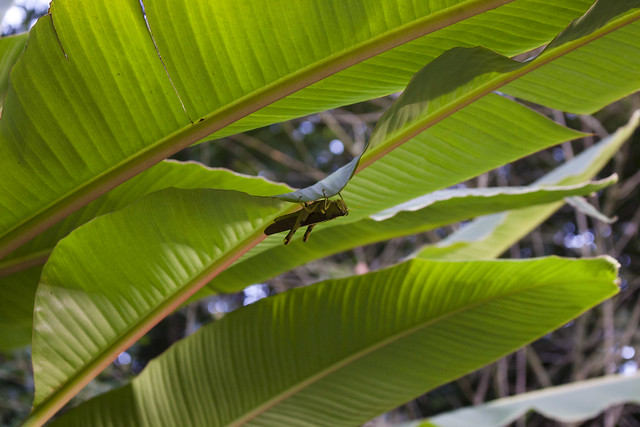 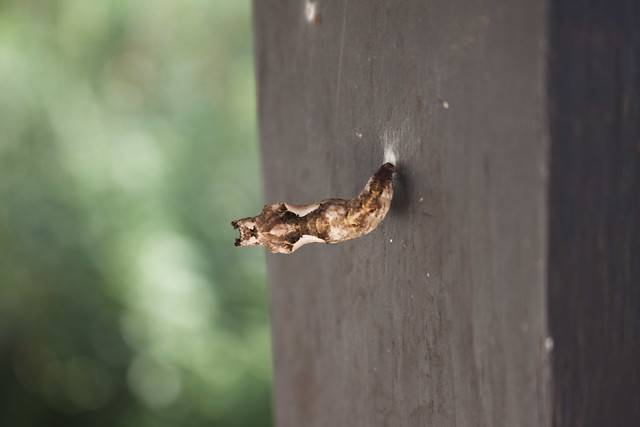 The gulf fritillaries like to pupate on the front porch pole, blending in quite well until they do weird things like this, their chrysalis angled out an odd way. That’s what usually gets my attention that they are there. This one eclosed properly later on, which I was thankful about. 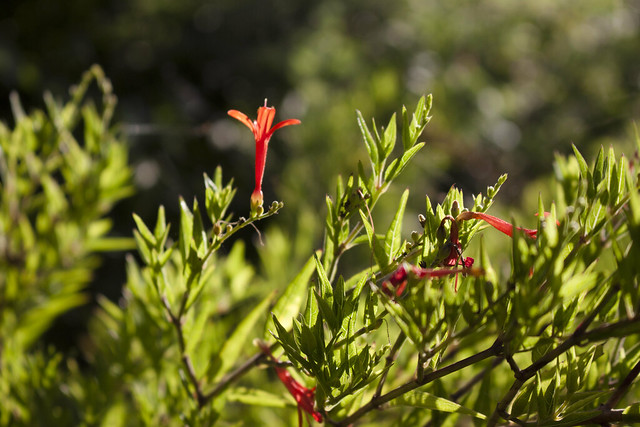 This was the first year the flame acanthus, Anisacanthus quadrifidus var. wrightii, in the front flower bed properly flowered. The last year or two it might have spit out one or two flowers but it was mostly a blob of green in the bed. We have another one in the side yard bed that doesn’t bloom but produces a lot of vegetation that cascades over the side of the bed. I’m also tempted to move this elsewhere. 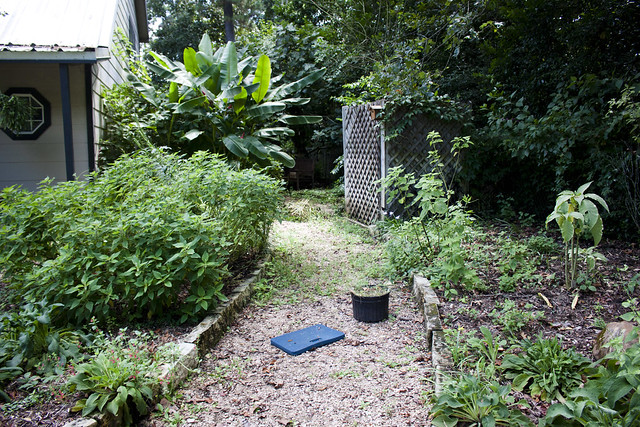 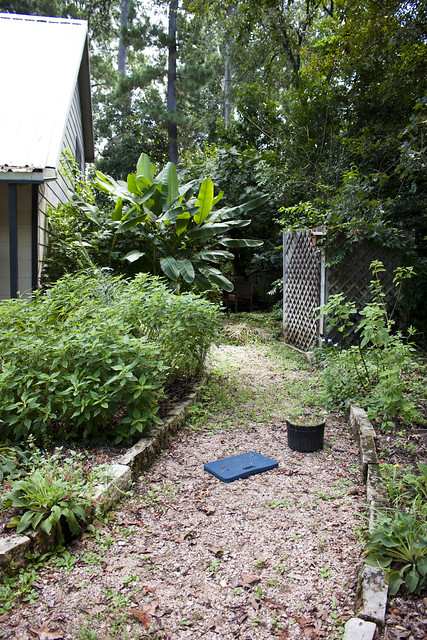 Weeding, weeding, every day weeding. Ok, definitely not every day and not every week. But this garden path. I know I’ve complained about it a bit recently but it is driving me insane. 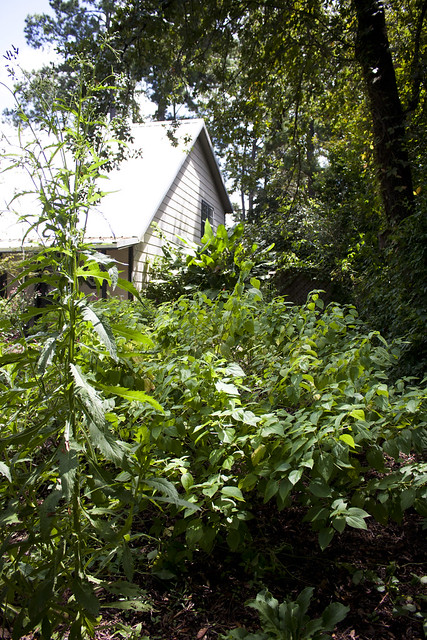 I’ve enjoyed letting the false nettle clump up in this section of the garden as well as letting it be host to the red admiral caterpillars this summer. Chris mentioned taking it out of the flower bed after this season and it was something I had been pondering on for a bit, too. We have plenty of it around the yard and along the pond so the plant is around for the red admirals. I did end up ripping it all out and throwing it into the compost over last weekend. Now, to replace it with something else. Maybe the ‘Argentine Skies’ salvia I mentioned in the first summer post? 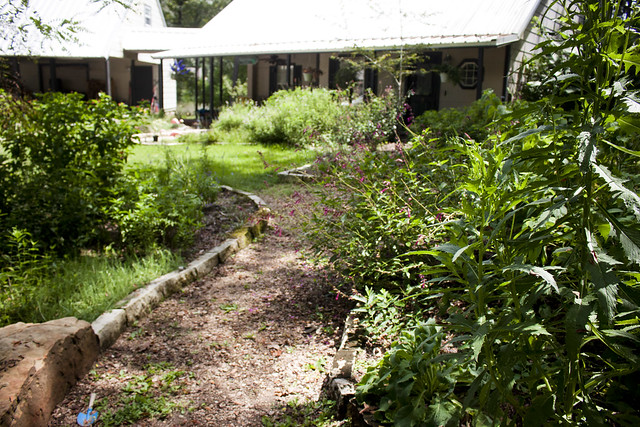 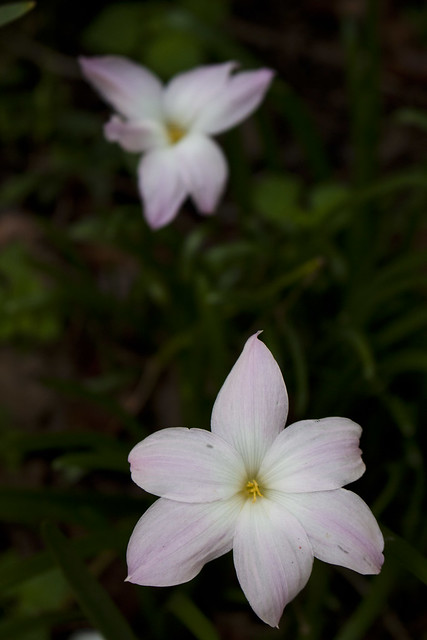 I think this is a Habranthus rain lily but being as I’m writing this up during preschooler bath time, I can’t run outside and check the tag. It’s one of the few plants in the garden where the tag has actually stayed put. 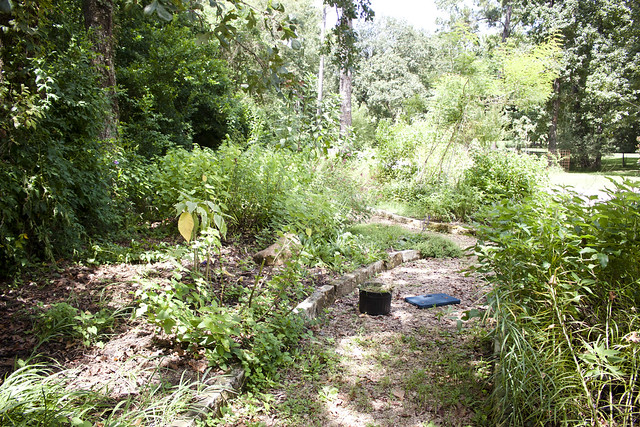 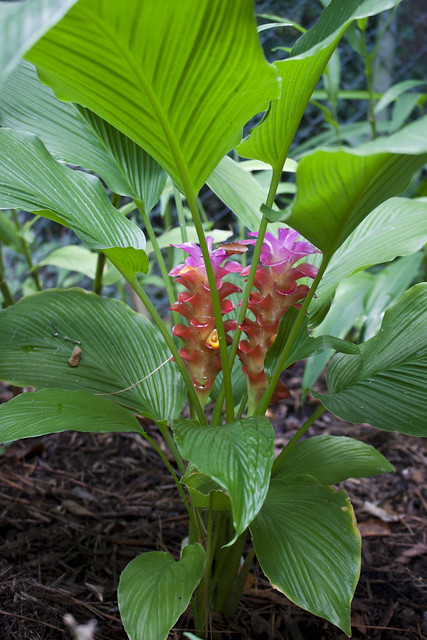 This is a hidden ginger—and another plant that, I believe, still has its tag but I’ll have to edit this later! 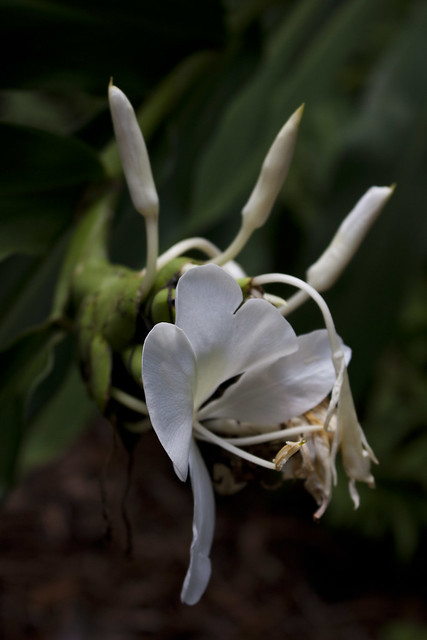 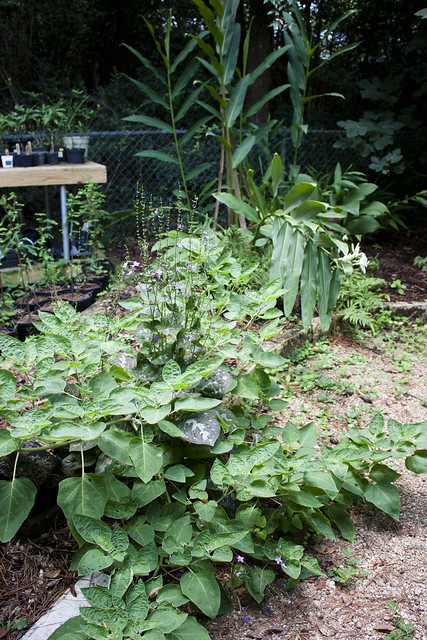 The butterfly ginger got a little floppier this year. I had to cut back several stalks because it got in the way of the path and just looked messy a few times. This area of the garden got a little shadier due to the fig filling out more and some of the neighbor’s tree branches encroaching more into our yard. I think we will need to do some branch trimming come winter. 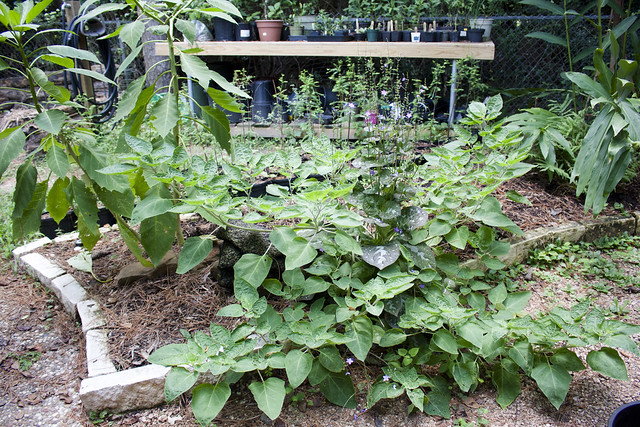 I’m digging the brugmansia, datura, and chocolate plant, Pseuderanthemum alatum, combination here. The first two should start putting some blooms soon and the chocolate plant is a generous self sower in this area. 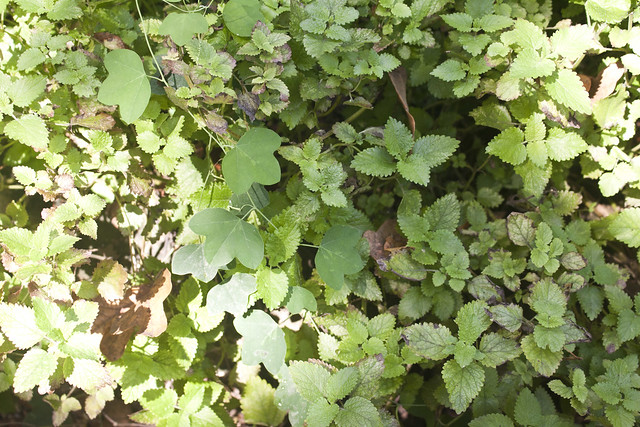 Lemon balm + Passiflora lutea. The passiflora comes up naturally in the area.

Mid-summer had promise but by the end of summer the garden is showing some wear. I’m ready for it to wind down just a bit but will be enjoying what I can as these golden evenings become darker. A good cleanup is in order but that will be on-going as leaves fall and plants senesce. If you had a garden, how did your summer garden go?