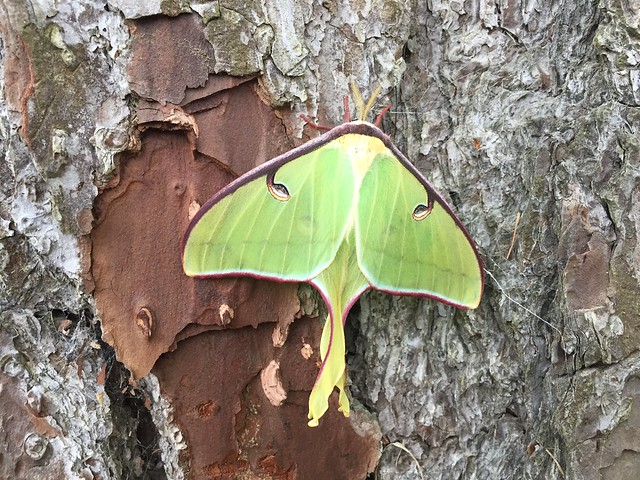 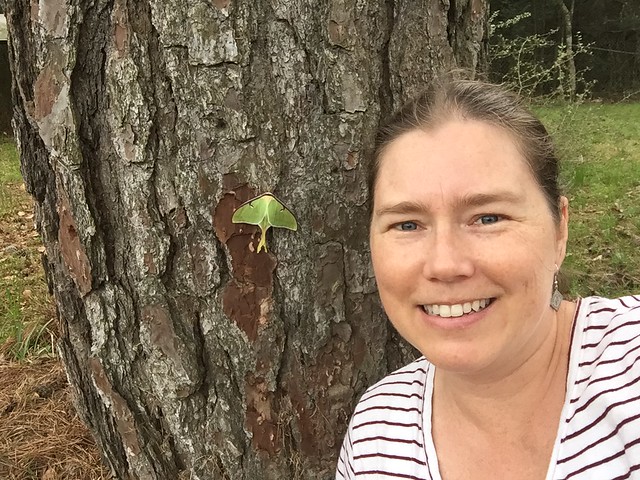 After work on Friday evening we were all relishing the later evening light before we went in to make dinner. Chris was fishing on the dock and Forest and I had just released the last pipevine swallowtail that eclosed in the tent. Forest and I walked down to the dock where Forest threw some sticks into the water and then proceeded to walk back up on shore to find more sticks, and as I was watching him I happened to notice a giant light green object on the side of a pine tree. My eyes focused and there it was, a luna moth! So exciting! Everyone was waking up after that last freeze! I took a few photos and Forest and I ogled at it for a few minutes. I’m sure we’ve had many in the past, though I’ve only noted one other in 2013. I admit, after seeing the moth I was hoping to see more like we did last spring on the Four Notch Loop in Sam Houston. Ironically, those were taken pretty much a year apart, so good timing for luna moths!