Camping two weekends ago at Huntsville State Park was pretty fantastic. The weather was gorgeous for late February and everywhere the signs were out that spring was coming and there was no stopping it. On Saturday we took a 7 mile hike around the lake and got to see what was blooming or beginning to push through the pine needles. 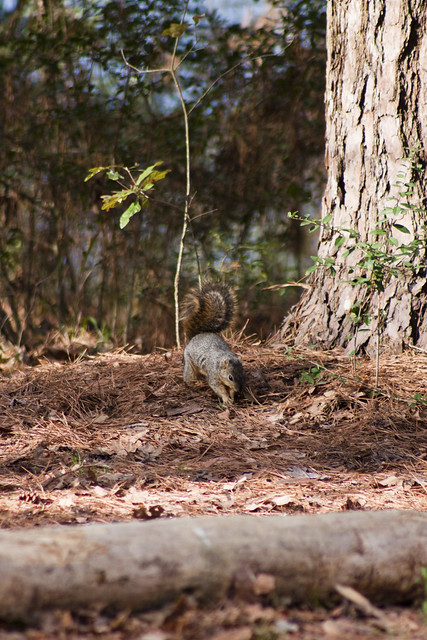 Fox Squirrel, Sciurus niger – the squirrels at our campsite was all about looking for whatever scraps might be left from campers. One of them wanted to become our BFF and hop into the food containers which required constant vigilance even if we had the lids on to our food boxes. 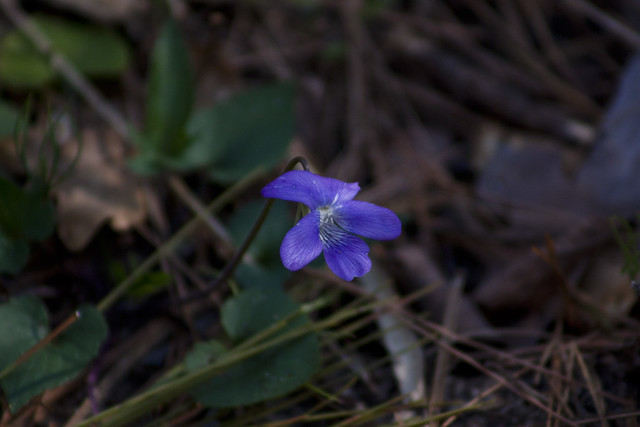 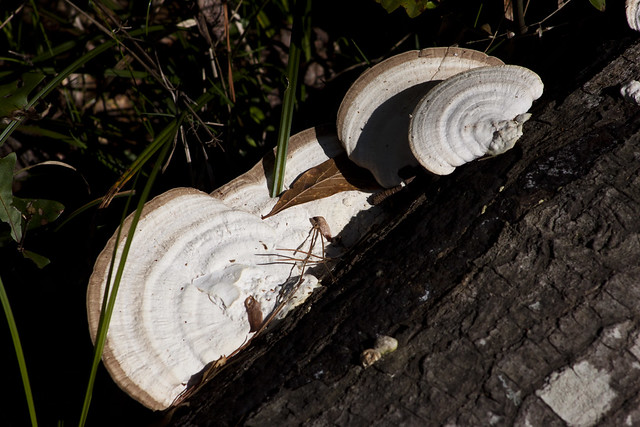 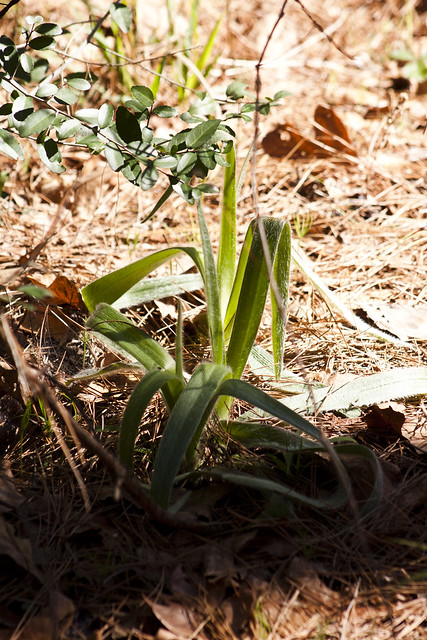 We set off down the trail before lunch with the intention we’d stop somewhere along the way to eat. With Forest along for the hike that means more stops for 5 year old grouchies and for snacks! 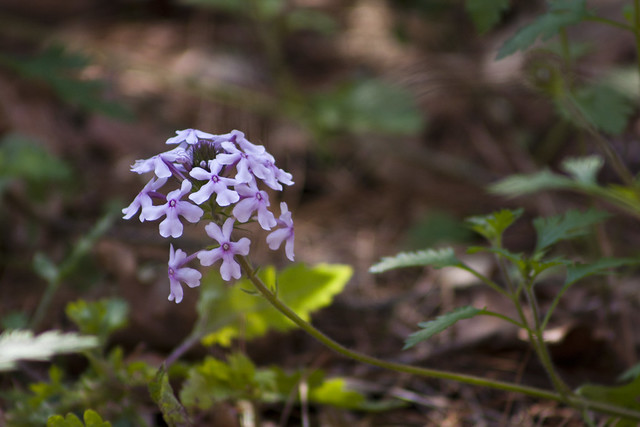 Rose Vervain, Glandularia canadensis – We found the cluster of rose vervain we had previously seen a few years ago and found another patch elsewhere down the trail. There wasn’t a lot in the way of showy wildflowers along the trail and if you were looking for that, this was going to be it! 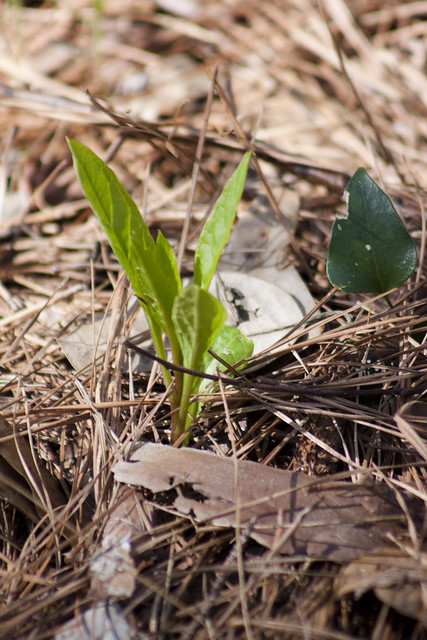 American Pokeweed, Phytolacca americana – The pokeweed stopped me a few times because I kept thinking of skunk cabbage but it was not the right habitat or region. There was quite a bit of pokeweed popping up. 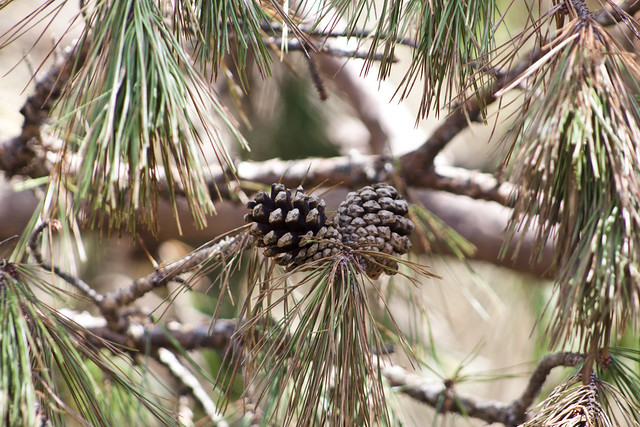 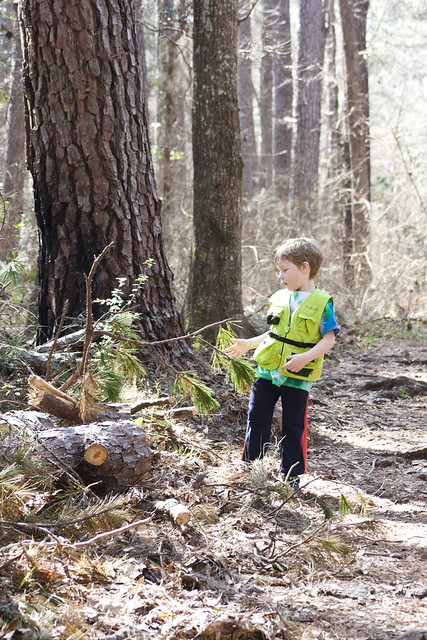 Forest in his explorer vest inspecting the cut shortleaf pine. 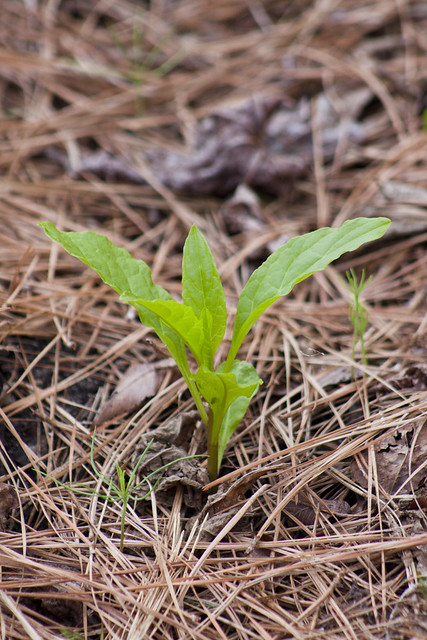 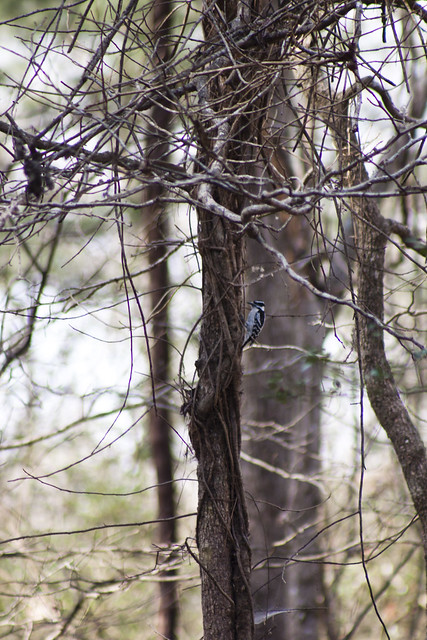 Downy Woodpecker, Dryobates pubescens – not far from the boardwalk at the north end of the lake/wetland area. 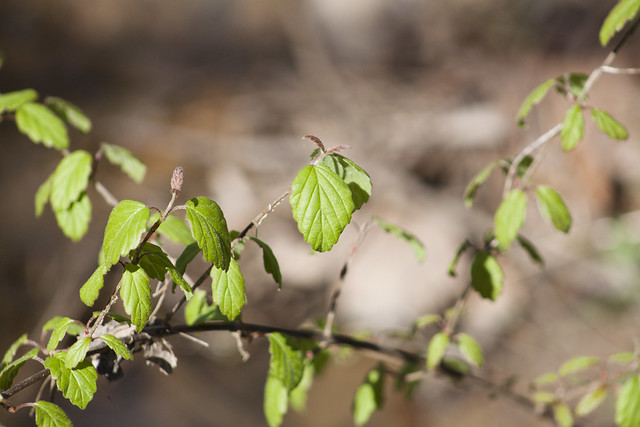 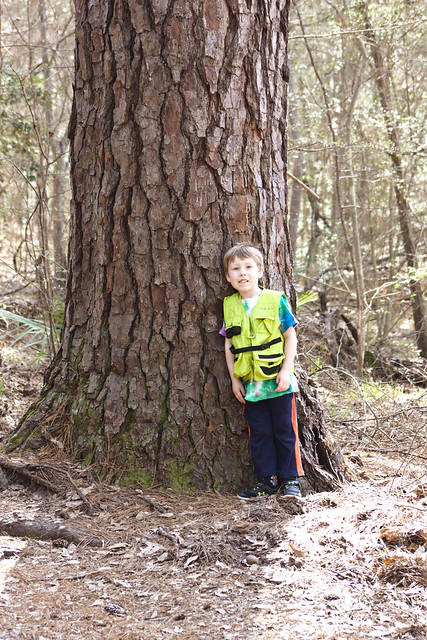 As the trail wraps up towards the north side of the lake and into the wetland area there are several large pine trees along the trail. I managed to get Forest to pose here. 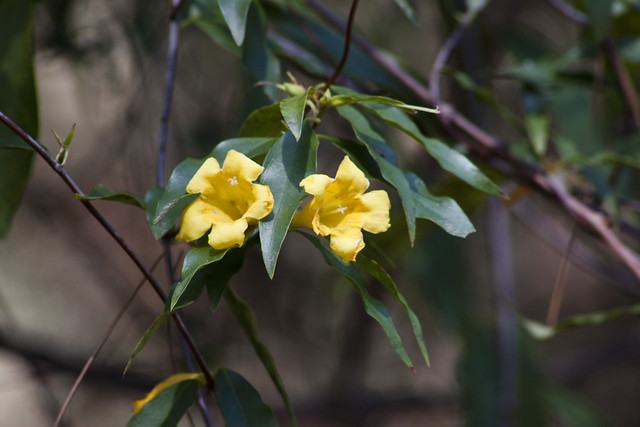 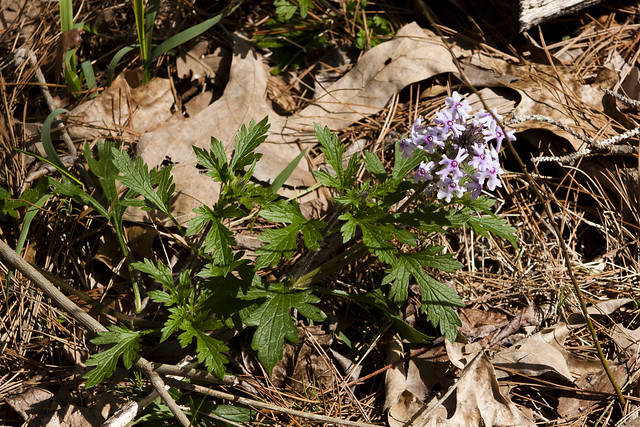 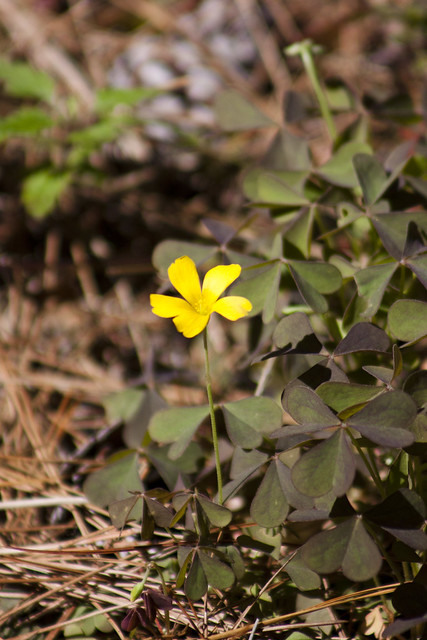 Creeping Woodsorrel, Oxalis corniculata – one of the invasive oxalis. 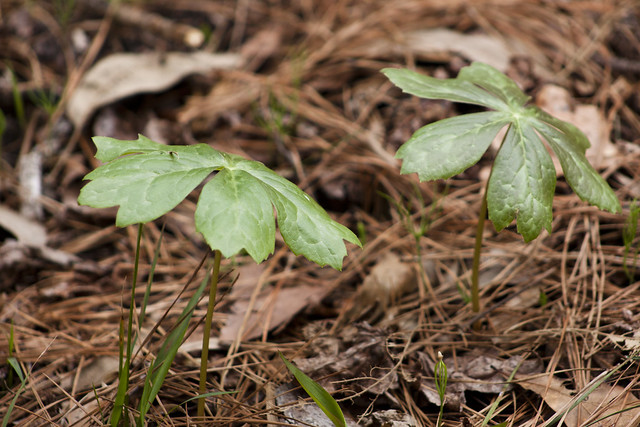 Mayapple, Podophyllum peltatum – I was hoping to find mayapples and we ended up finding two patches. No jack-in-the-pulpits, though! 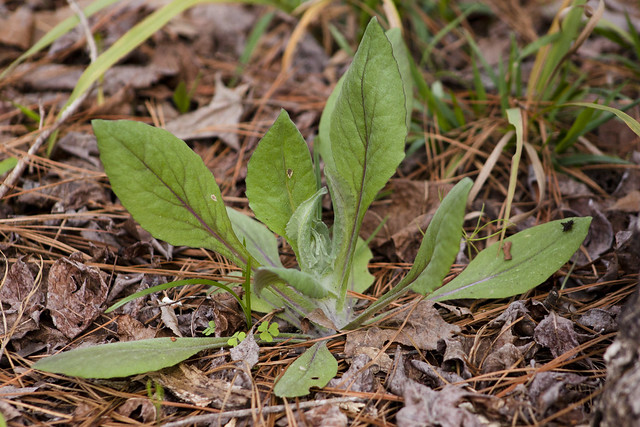 Texas Ragwort, Senecio ampullaceus – an early plant before it blooms. 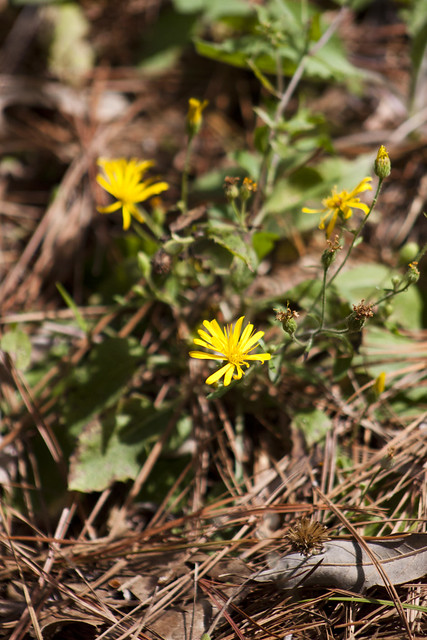 Not sure on this aster…anyone? 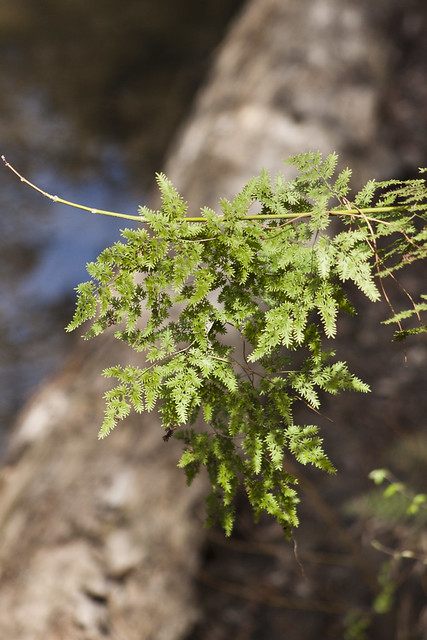 Japanese Climbing Fern, Lygodium japonicum at the southwest end of the lake we cross just below the dam on a bridge across the stream. We stopped for about ten minutes to check out the scene and see what was going on in the area. 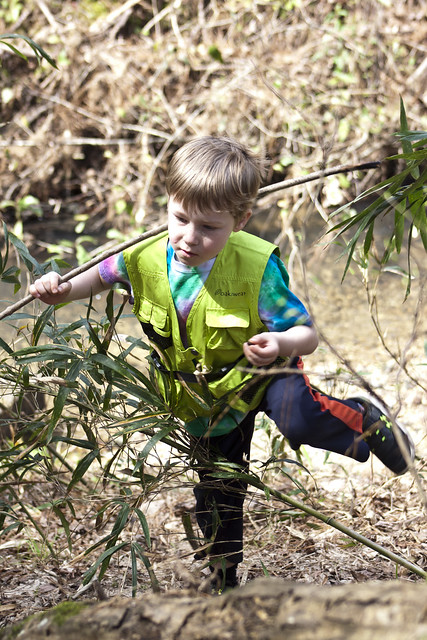 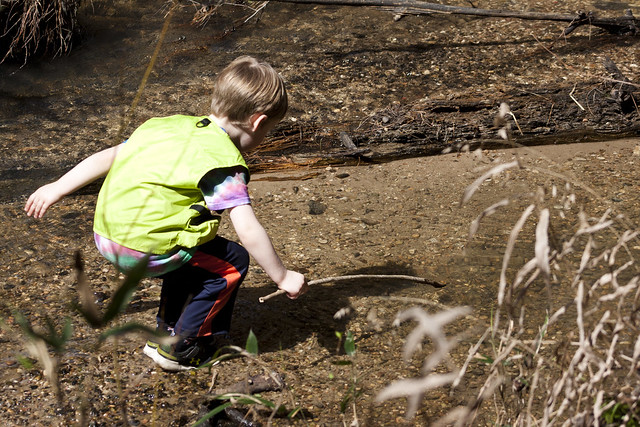 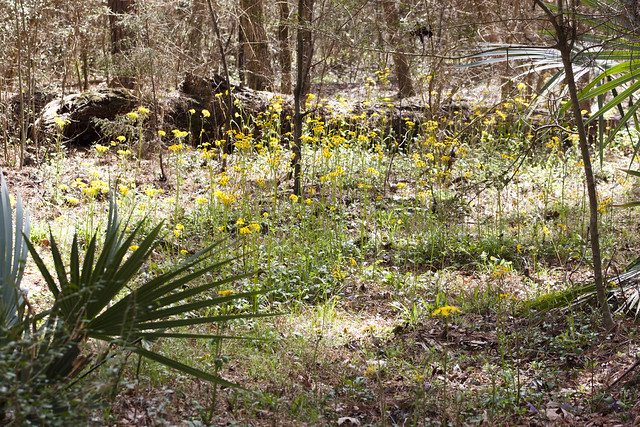 Roundleaf Ragwort, Packera obovata – I was hoping to see some of this as I knew it was going to be on the south side of the loop, based on previous hikes. And the lovely patches of yellow mixed in with the palmettos made a delightful scene. 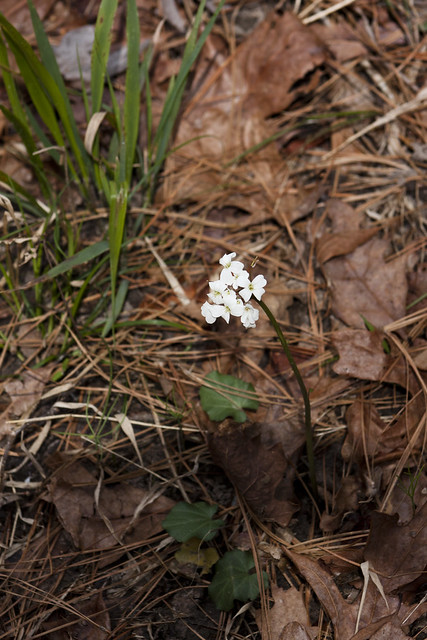 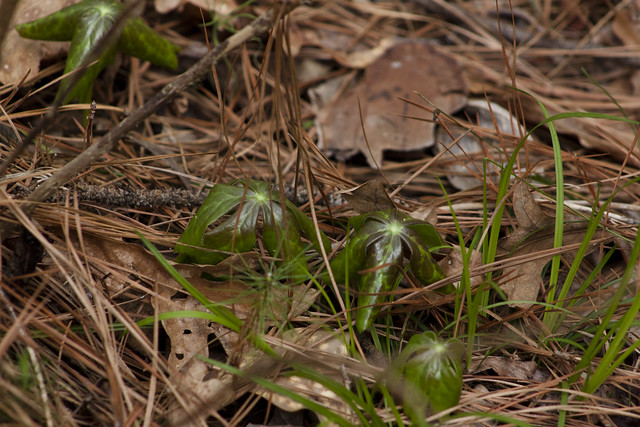 It was Forest’s longest hike yet and he did well despite some crankiness about 1/3 of the way in. Hiking with kids is always a challenge but he enjoys it when we do go hiking. The last twenty minutes were rough because he knew we were almost done and there was plenty of “How much further?” going on. I’d like to get back out to this state park sometime again this spring and hike the perimeter trail in full—something we have only hiked in a few sections. It’s longer and less traveled. That was one good thing—and I guess bad in some way—that the Chinquapin Trail was pretty busy that day. Good in that Yay! People are using a trail!—and bad in that — Grrr, lots of people on the trail! But still, it wasn’t anything like national parks can get—but it was nice to see that many people tackling this long of a trail and a variety of ages doing it, too!

And we’re full into pollen season now—so, spring is here!

One thought on “Signs of Spring – Huntsville State Park”