Last weekend was the iNaturalist City Nature Challenge, though iNaturalist pushed it as less of a “challenge” and more of get out and enjoy nature safely and where you can locally. That didn’t put a damper in folks getting out to explore their greater local area, though, and I did my best to capture as much as I could on foot in the neighborhood. Some of these are from that weekend but many are just from daily sightings around the yard or just beyond! And of course this isn’t all of what I documented for the CNC, just a few highlights. 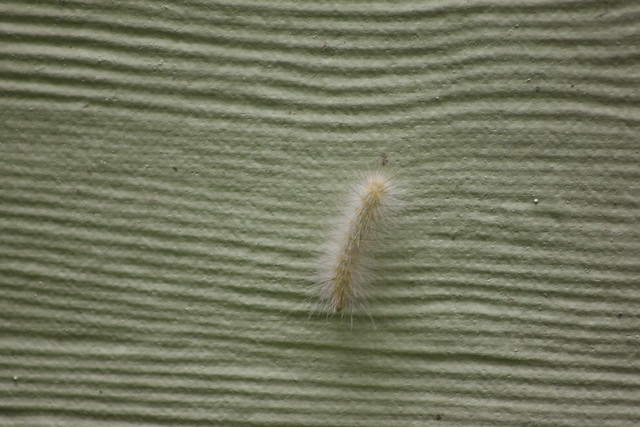 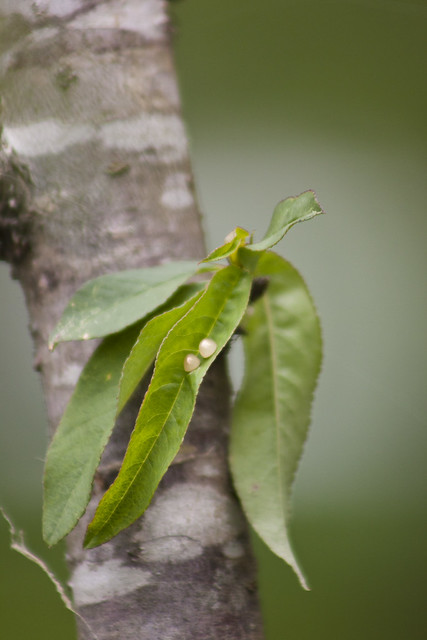 I have no idea what these eggs are. They were on our peach tree which is maybe related/maybe unrelated to the tree going downhill. We have a second peach tree that is thriving right next to it but this one is wilting and has been in the same wilty state for a couple of weeks. *shrugs* 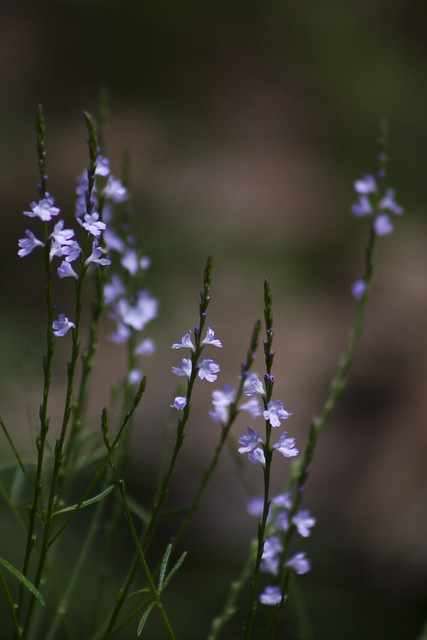 Texas verbena, Verbena halei before it got mowed by the city mower. *grumbles* 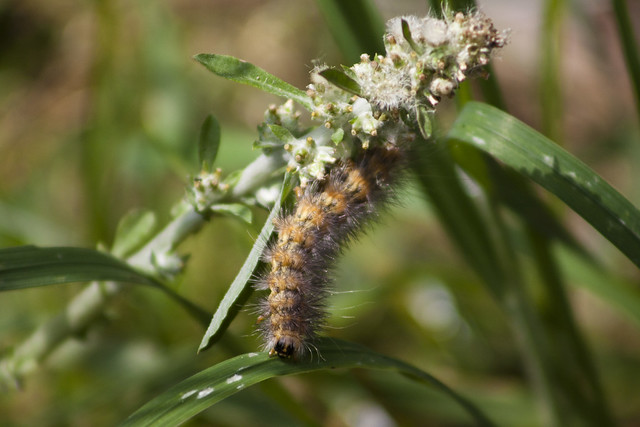 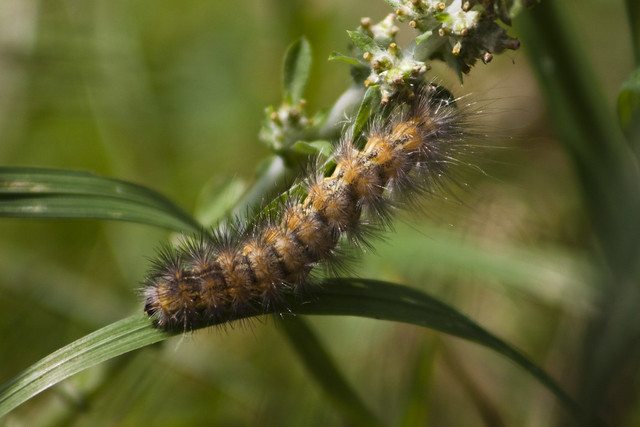 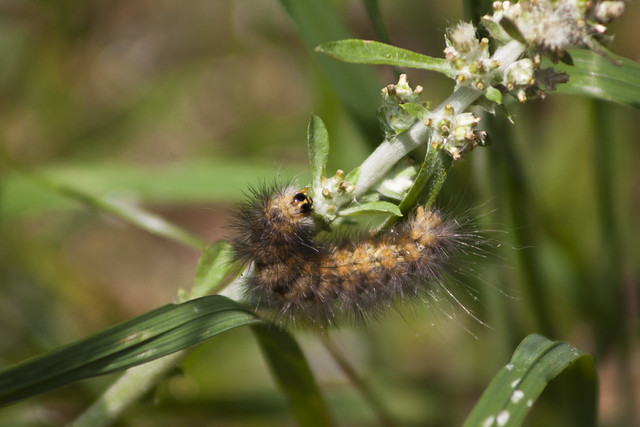 I watched this salt marsh moth, Estigmene acrea, one morning as I walked to the green milkweed patch for milkweed. Very cute! 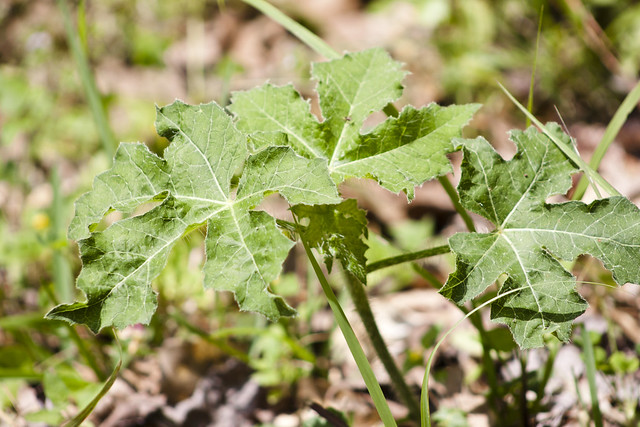 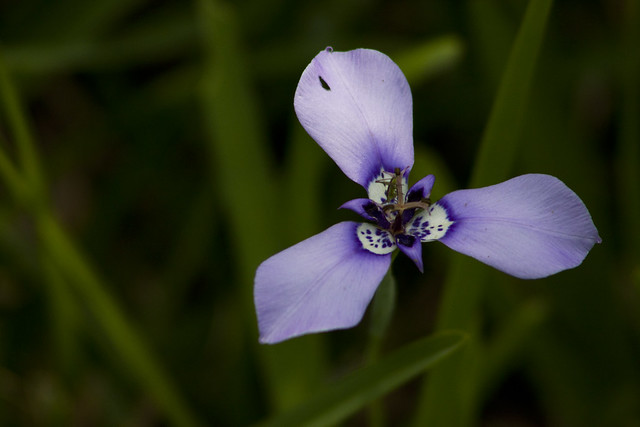 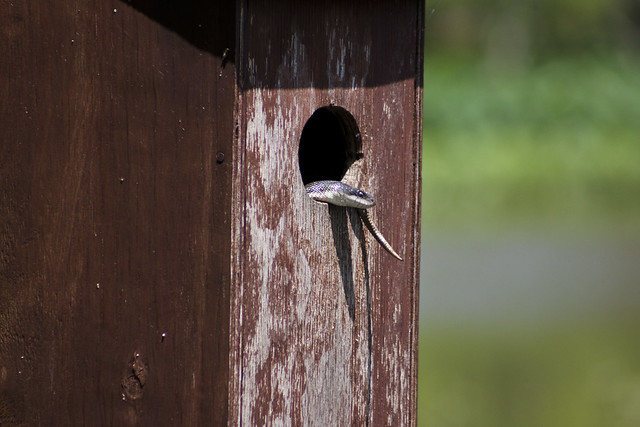 One afternoon at lunch Chris had us come out because he’d watched a rat snake crawl into our wood duck box. Forest and I waited outside for several minutes before the intruder made an appearance and then disappeared back inside. Chris will be adding some kind of preventative measure onto the pole now! 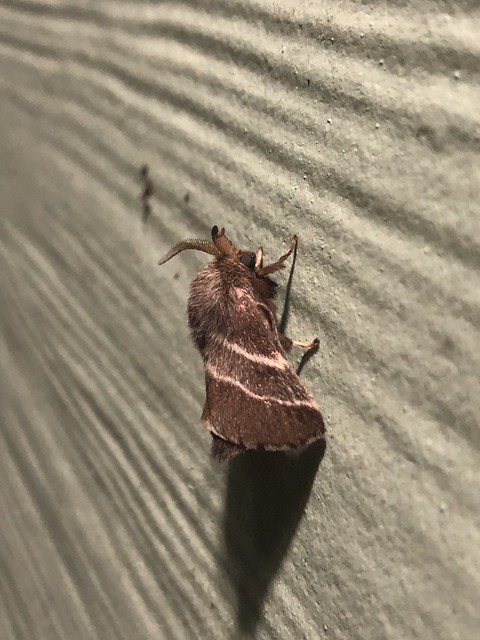 Eastern Tent Caterpillar Moth, Malacosoma americana
After seeing the two tent caterpillars roaming around as caterpillars the last few months it has been fun to see them as adults! 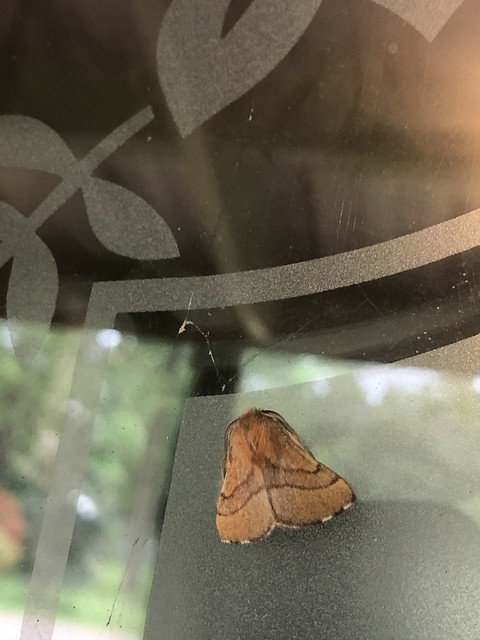 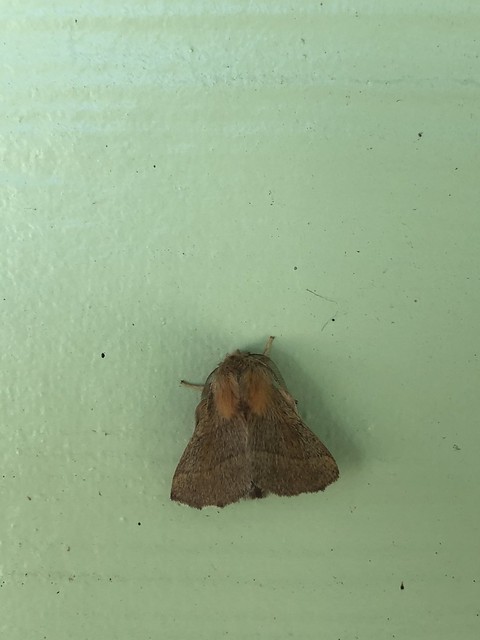 And another Forest Tent Caterpillar Moth—so similar to each other but definitely different. I’ve seen them several more times on the front porch over the last week. 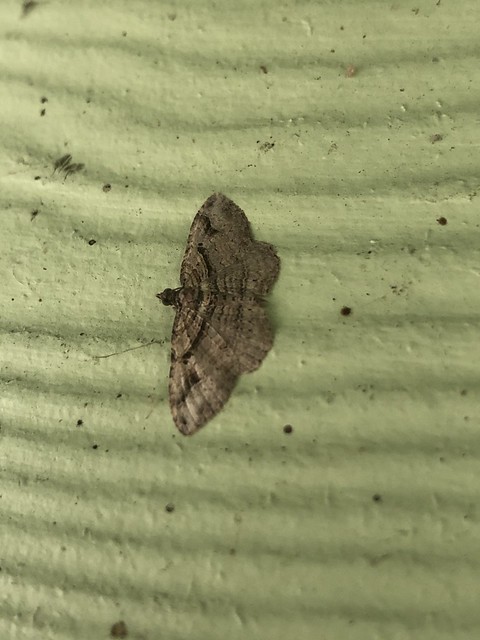 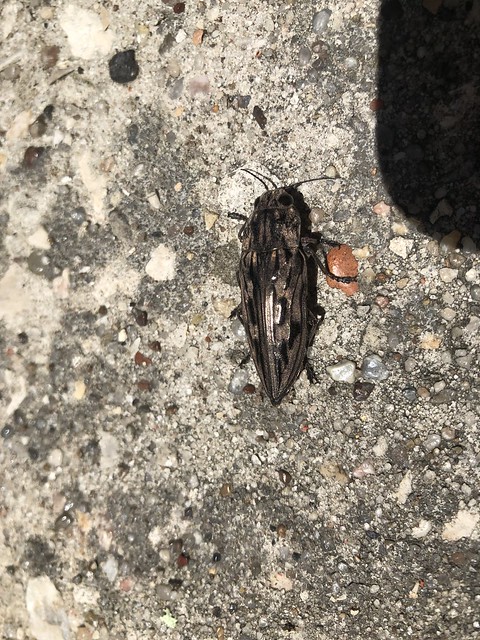 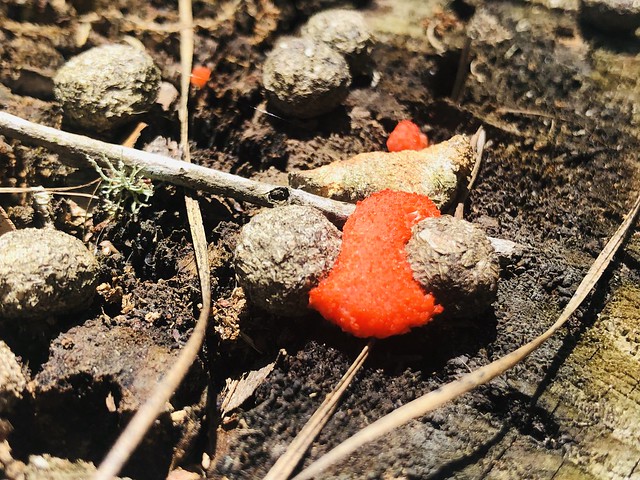 I think this is Red Raspberry Slime Mold, Tubifera ferruginosa. As I was scouring the yard for anything to add for the iNat CNC I was drawn to a pine tree stump where I thought this was a fungus at first. The deer had left some scat on top of the pine tree and this was growing on it. I had seen another patch the previous day but it had already faded and a new patch, this one, had popped up. Subsequently I saw more of it on a hike we did in Sam Houston last weekend! 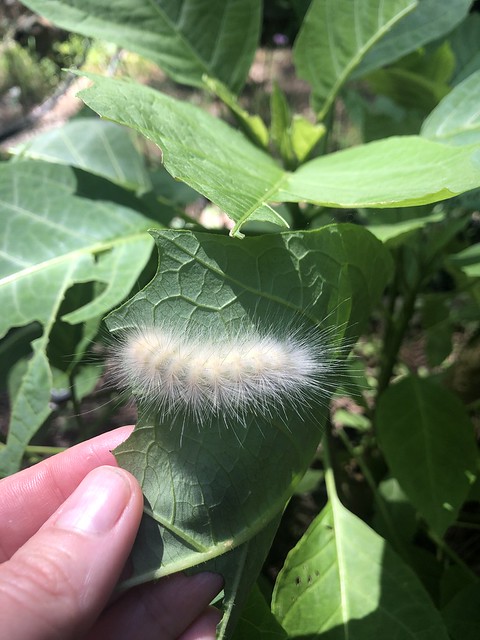 Virginian Tiger Moth, Spilosoma virginica—I think. Two of them were chowing down on our brugmansias last week! 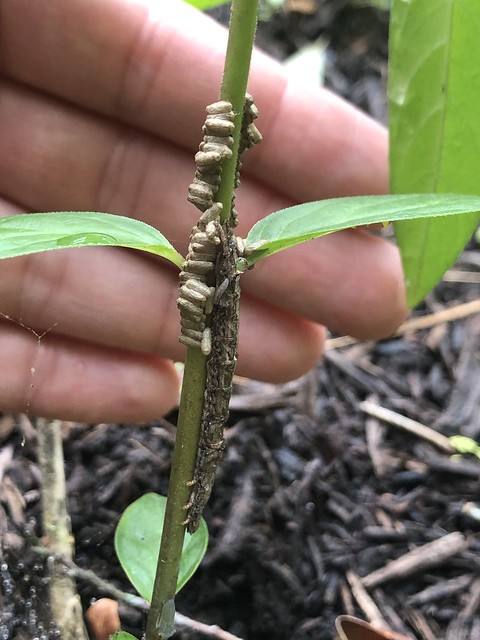 This poor caterpillar had recently been parasitized by a wasp. The eggs were laid on the plant seen here but also on the poor caterpillar. Not sure what became of the caterpillar as I eventually lost track of it. Most of the wasp eggs have since hatched. 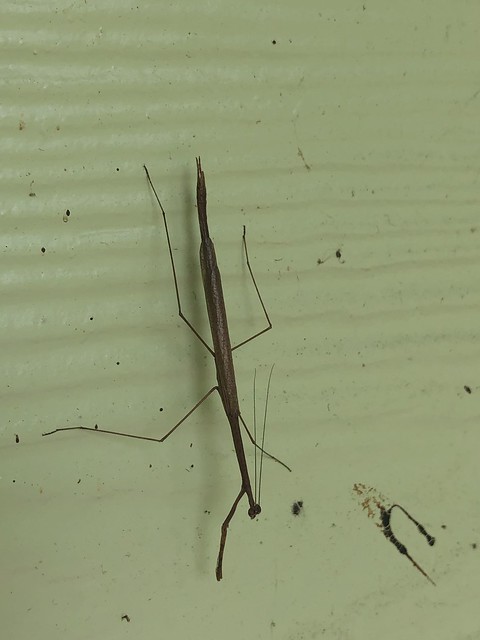 I have several other posts from last week to share. I meant to write more last week but found myself without the energy or the focus to sit down and crank out a few posts. Hopefully I can remedy that this week before I fall too far behind! We ventured further afield for some hiking this weekend and I’ll have to share that as well!

But of course, as always, nature isn’t very far if you just go looking out your back (or front) door. 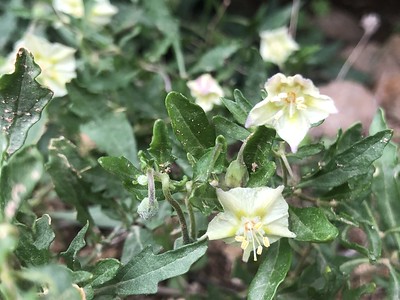