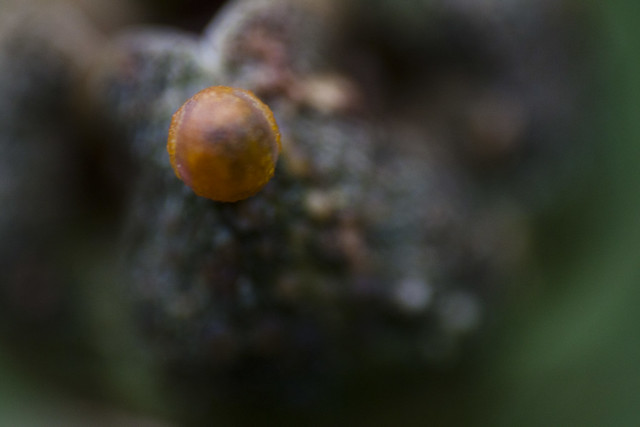 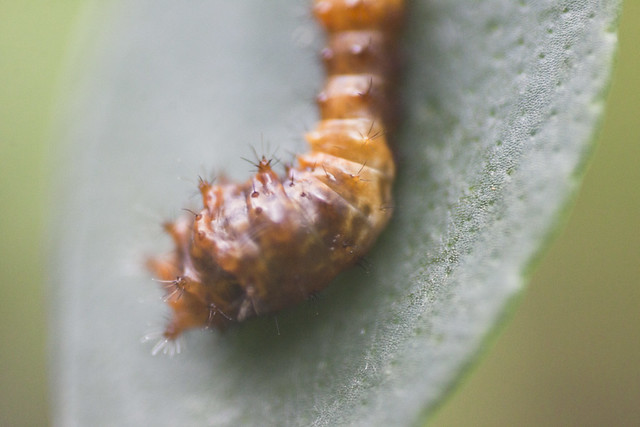 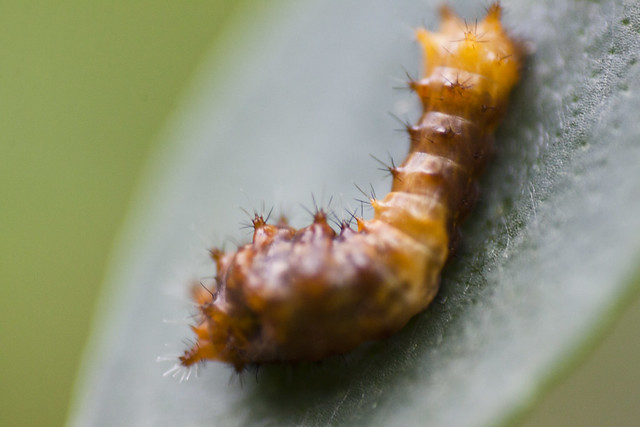 Over a month ago now, I noticed a giant swallowtail ovipositing on the rue. I had bought pots of rue a year or two ago just for this reason and to have another source of food for when they came through and found my citrus instead—it was a place to relocate them as necessary. But in this time I had yet to see any activity on the plant and thought that maybe nothing would come of it after all. But then as I took a break from pulling weeds, sweat rolling down my entire body, I saw an adult visiting and as soon as her abdomen curved I knew it was a female. I watched in awe for a few minutes and after she left I searched for eggs. I found two eggs and later only found one caterpillar. I kept tabs on it for a few days until it too disappeared. We have a healthy wasp population and there are plenty of other predators. I should have opted to raise it in the butterfly tent but I wasn’t in the mood at the time.

Every time I head out to putter in the edible garden I poke around the rue and fennel, still hopeful for more swallowtail eggs.