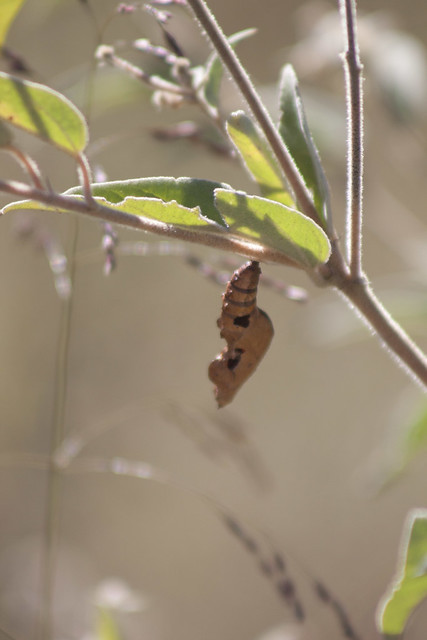 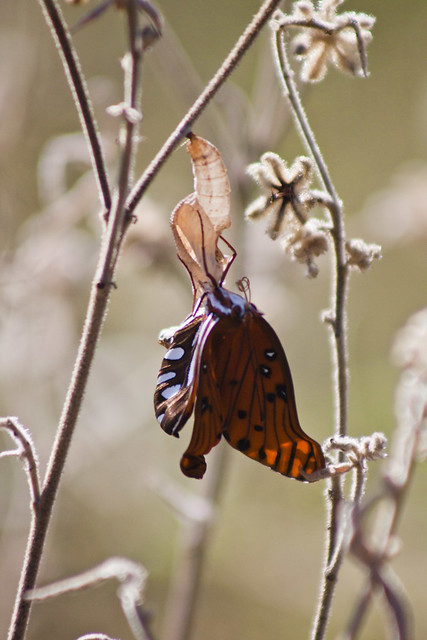 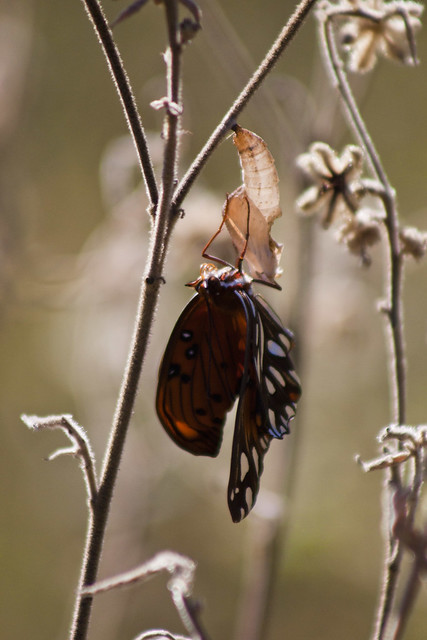 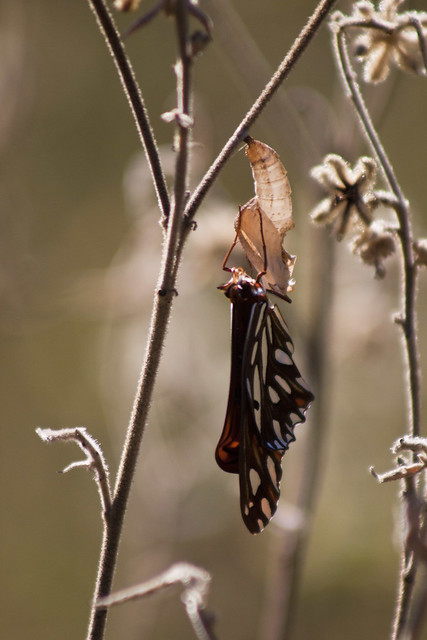 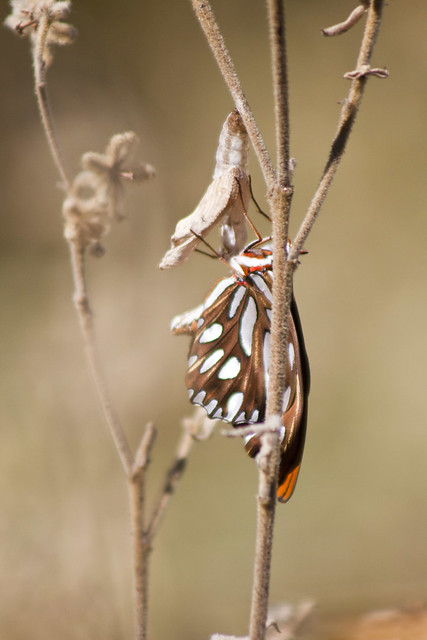 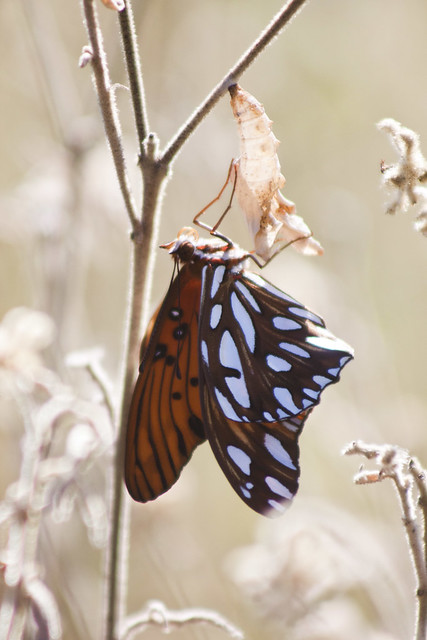 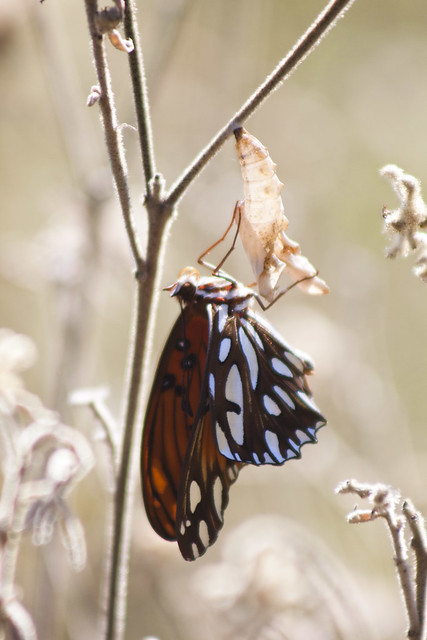 A few weekends ago for Halloween we went camping at Huntsville State Park. On one of the days we were out we hiked the loop around the lake, the Chinquapin Trail. It’s one of the most popular trails and was very popular that gorgeous weekend.

Out on the berm that creates the dam to Lake Raven is a grassy area. Being as it was a warm day and a few autumn blooming plants were still providing late season nectar, the butterflies were fairly active. Gulf fritillaries were the primary butterfly I noticed but there were common buckeyes as well. Chris and Forest were about 50 yards ahead of me because I was the slow poke taking butterfly photos. First, I happened to notice a gulf fritillary chrysalis that appeared to have holes in it from some kind of predation. That was interesting enough! But then a few feet further I was stunned to see a butterfly just eclosing! Maybe if I hadn’t paused for the other chrysalis I would have seen more of this emergence but as it was this was a very fresh butterfly!

I stopped for several minutes as the wings uncrinkled and began drying. This butterfly wouldn’t be flying for a few more hours and I hoped it wouldn’t be disturbed any unwitting hikers. As much as I have watched butterflies emerge in my own garden it is still miraculous to see, especially one in the “wild”. I honestly don’t think I’ve ever seen one eclose outside of my own garden so I don’t take this moment for granted.

I walked on down the trail a little bit brighter from the experience!