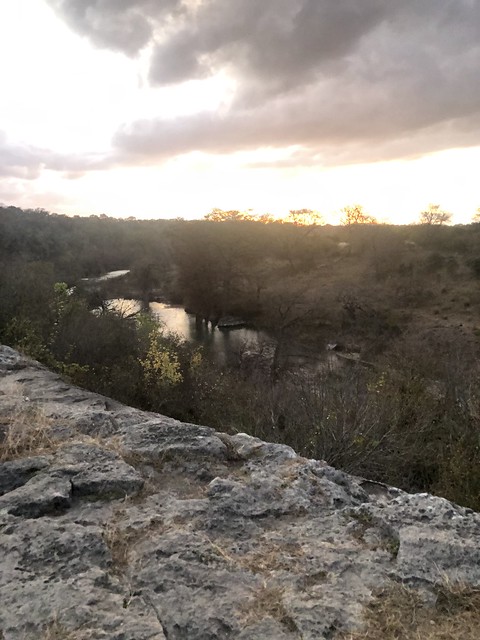 The three of us spent the last week camping in the Texas Hill Country, first to Guadalupe River State Park for three nights and then further west to South Llano River State Park for another three nights. Overall the weather was spectacular and only this morning did we encounter any rain and that was after we bolted early and hit the road by 8am, driving through rain on I-10 the entire drive home.

I was a bit skeptical if we should continue our trip that far from our usual perimeter for camping/hiking considering COVID cases but we planned as best as we could with minimal stops and drive-thrus for food if needed. I’ll write up more on all of that once I start sharing posts but in general I think we did a decent job of attempting to social distance, and of course re-thinking our practices as time went on. The big catch for us was the bathrooms, which ended up working out well at GRSP because their new bathroom had shower rooms separated individually and accessed from outside, whereas SLRSP still has the old style of combo toilets and showers in the same main room. And also a very different level of cleanliness at each—GRSP was closed twice a day in the middle of the day for cleaning and SLRSP didn’t bother to clean (barely) until Friday after we’d been there for two days. Also, I will say there was much more mask wearing than I had seen in recent weeks around here. Still some non-masked folks but much more masked than unmasked.

We had a glorious time and hiked a lot of trails at both parks. I did a solo mountain bike trek for an hour at Guadalupe River State Park and had hoped to get another ride in but didn’t get the chance. I haven’t biked off trail in years and it was quite fun, though some of the trails were rather rocky and required a lot of persistence. I’m hoping there’s a chance to do it again in the near future! I’ve been trying to encourage Forest to get the training wheels off his bike because then he will be able to go on trails and it would be a lot of fun to be able to bike and hike with him.

Wildlife was abundant and Forest had a lot of time naming any armadillo he came across. There was Dilly, Diggy, Far Away Dilly, Neary, Outhouse Biggy, and on! Chris set up trail cams at each of them and we didn’t know what it captured until we came home and found that the little spring he found off trail turned out to be the hot spot for wildlife—ringtails, gray fox, opossum, Rio Grande turkey, deer, wild pigs, raccoons, and several other species at some of the other cams. We had hoped for a porcupine or a bobcat but no luck on that end!

Alas, now I have to catch up on laundry and unpacking and getting ready for the school and work week! More soon…Oh yeah…! I found a western pygmy blue butterfly! Totally random and didn’t even see it on the plant I was looking at with other butterflies until I saw a ‘leaf’ moving. Kind of a lifer butterfly—the smallest butterfly in North America and one of the smallest in the world.

Hope everyone had a relaxing and safe Thanksgiving!