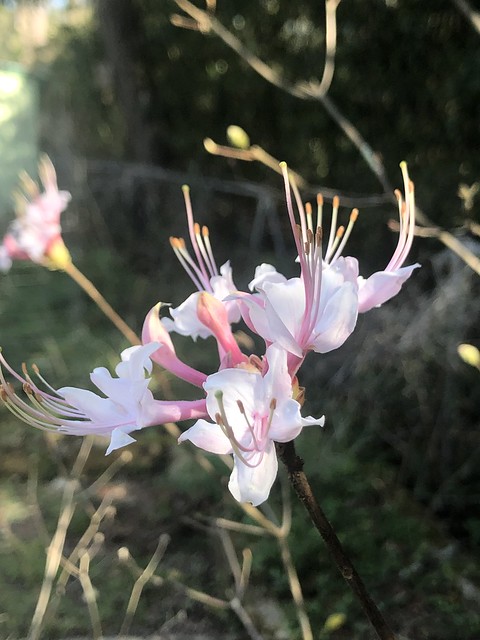 The garden was a bit slow to get going this year for some reason and others around the state have noticed the same. A few folks are relating it to drought conditions that are plaguing various parts of the state to differing levels. We are not nearly as dry as areas west of here but we certainly aren’t nearly as moist and up to normal conditions either. Rhododendron canescens finally got the notice to start blooming, albeit a few weeks later than usual, but I always look forward to this native azalea. 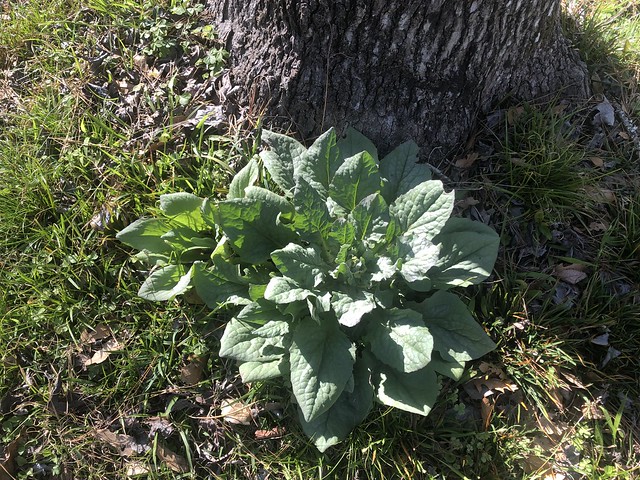 Our patch of Texas ragwort, Senecio ampullaceus, has expanded this year to my delight. I’ll have to share another post when they are all blooming here soon. Most are sending up flowering stalks now. This is Bernadette, the largest plant in the group. Yep, I named a plant! 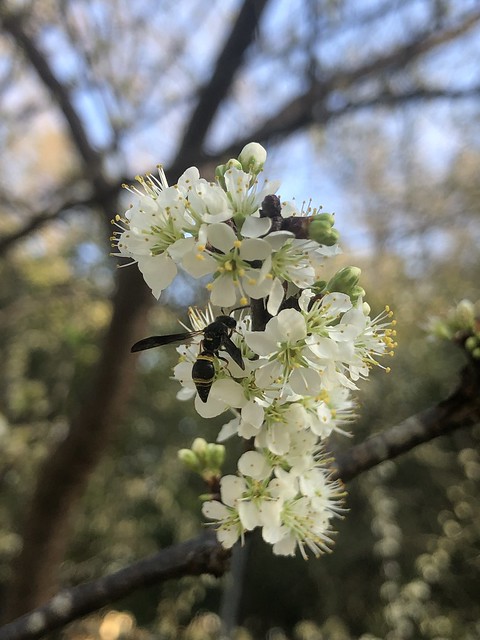 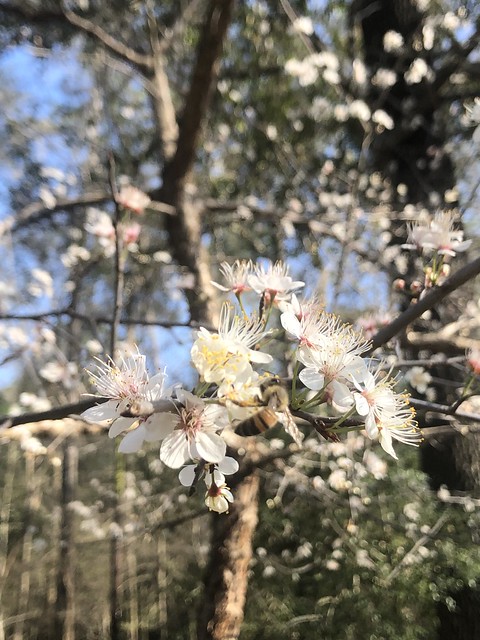 All I can say is get yourself some native plums for the yard because you will not be disappointed in the bloom display or the attraction of pollinators! We have both Chickasaw and Mexican plums. 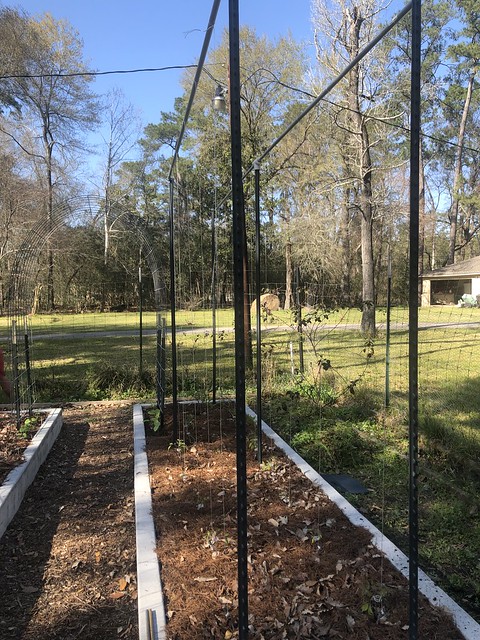 This is Chris’ new method for growing tomatoes, training them up a line! I will be interested to see how it all works! 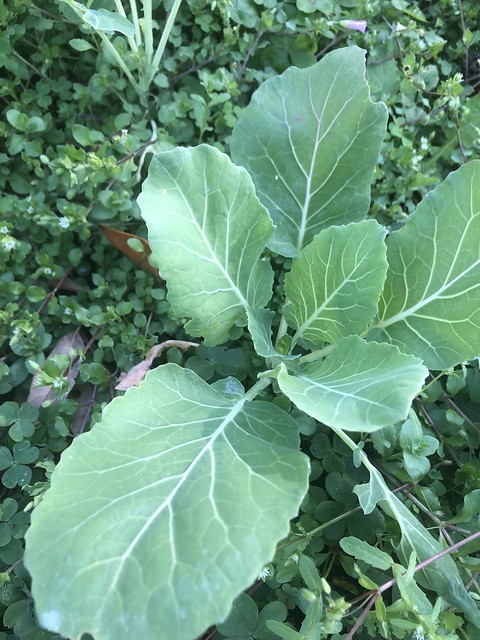 Collard greens, which we will have to move soon as we are about to re-do the perimeter edible garden beds. Chris started pouring the concrete for them this weekend. 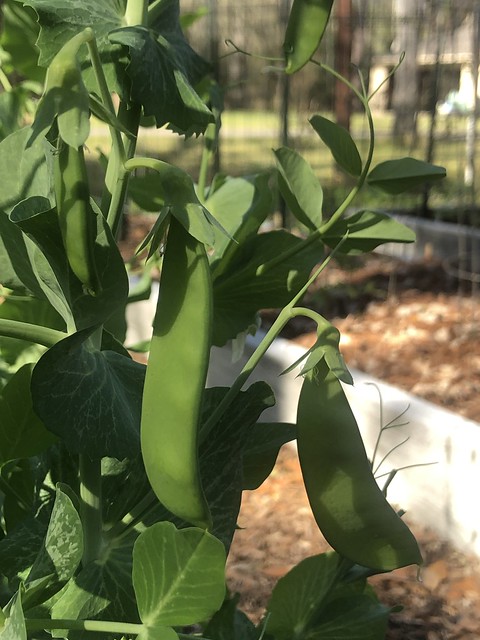 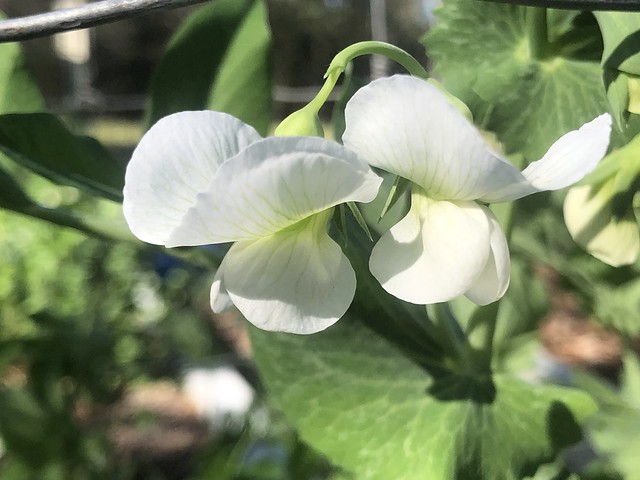 Chris’ sugar snap peas. He accidentally grew a dwarf variety this year but they are adorable and seem to be working great. 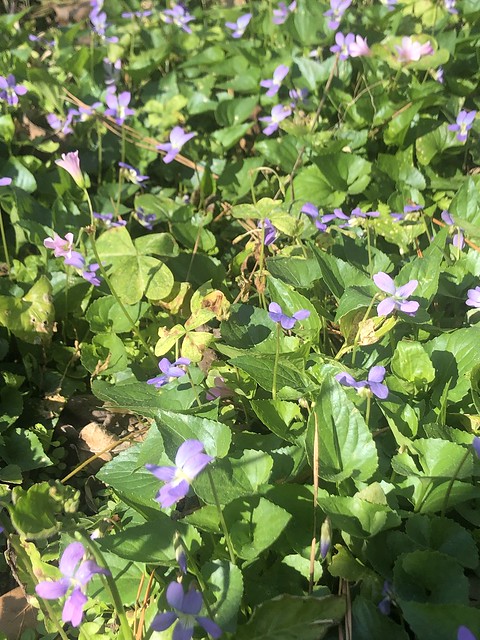 I’ve let a section of the edible beds turn wild with violets and it is such a happy little corner! 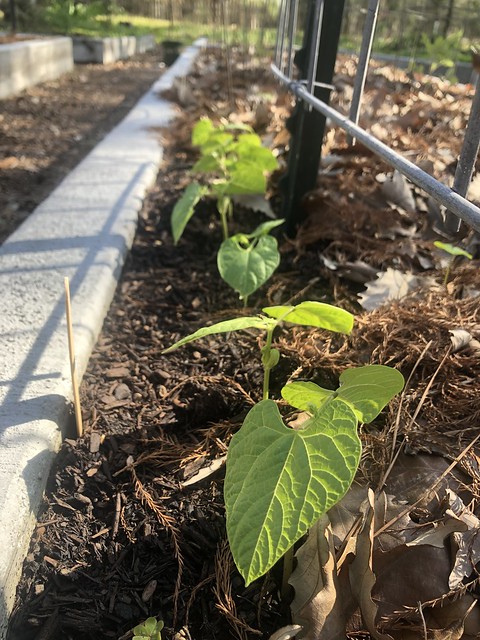 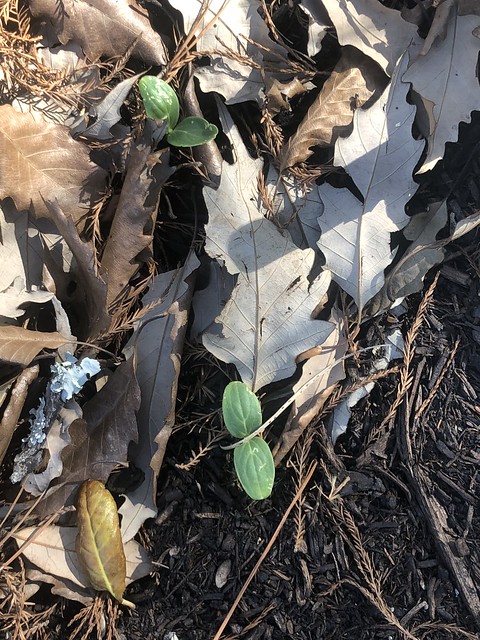 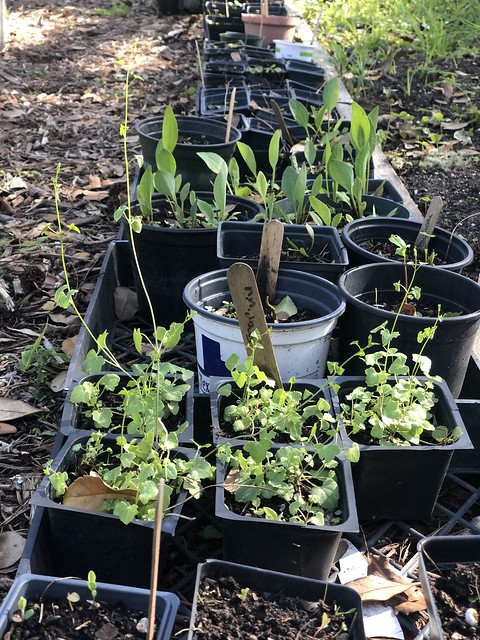 The grow out area of various seeds I’ve got going. The front is our native snapdragon vine and the back is I think Arnoglossum or Giant coneflower—both have similar leaves and I’m growing both but I can’t remember which side of the snapdragons each one is located! 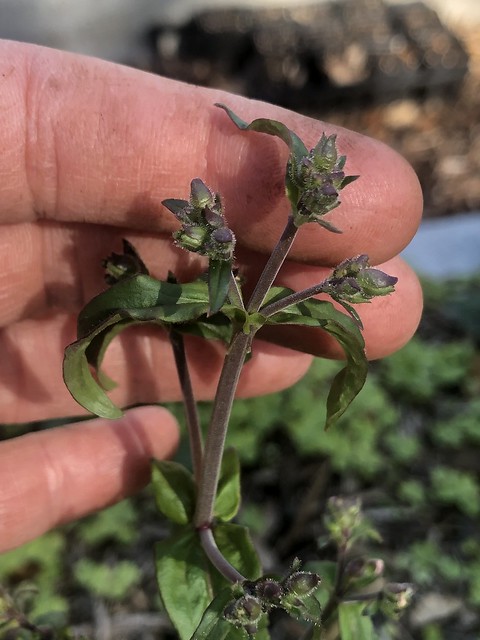 And last but not least, the Penstemon laxiflorus is budding, actually it is beginning to bloom as of this weekend but these photos are from last week.

So much is going on in the yard I’ll be sharing more garden photos soon!